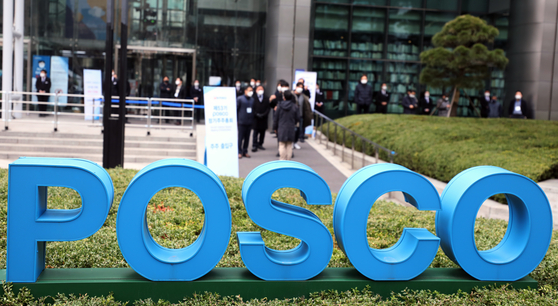 
Posco has partnered with Korea Hydro & Nuclear Power (KHNP) for the generation of electricity from hydrogen.

The two parties signed an agreement at Posco Center in Gangnam, southern Seoul on Thursday.

The plan is to build a fuel cells plant in Gwangyang in South Jeolla that will be able to generate enough electricity for 32,000 people, or 20 percent of Gwangyang’s population.

Posco will supply the hydrogen, which is a byproduct of steelmaking.

Posco added that 280,000 fewer tons of carbon dioxide will be generated annually compared to when producing the same amount of electricity through coal-fired power plants.

Posco “plans to contribute to carbon neutrality through the building of fuel cell plants with KHNP using hydrogen produced as a byproduct at steel mills,” said a spokesperson for the company.