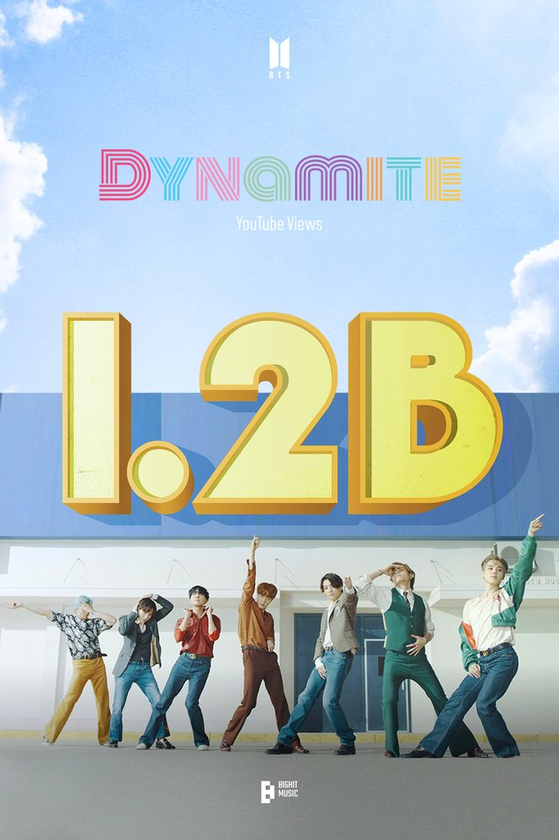 
BTS is nominated in five categories for this year's MTV Video Music Awards, including “Song of the Year” for its megahit English single “Dynamite.”

The award ceremony will be held at the Barclays Center in New York on Sept. 12 and aired live on MTV.

BTS has also been nominated in the “Best Pop,” “Best K-pop,” “Best Choreography” and “Best Editing” categories for its second English single “Butter.”

In the main category of “Song of the Year,” the band will compete against popular songs such as Dua Lipa’s “Levitating” and Olivia Rodrigo’s “drivers license.”

In the “Best K-pop” category, "Butter" will go up against “Ice Cream,” a collaboration between Blackpink and Selena Gomez, “Dumdi Dumdi” from (G)I-DLE, “Gambler” from Monsta X, “Alcohol-Free” from Twice and “Ready to Love” from Seventeen.

The nominations for “Best Group” and “Song of the Summer” have not been revealed yet, leaving the possibility open for the band to receive additional nominations.

Last year, BTS received a total of four awards in four categories —“Best Pop,” “Best K-pop,” “Best Group” and “Best Choreography” for its fourth full-length album “Map of the Soul: 7” and its lead track “On.” The band also performed "Dynamite" for the first time at the ceremony.