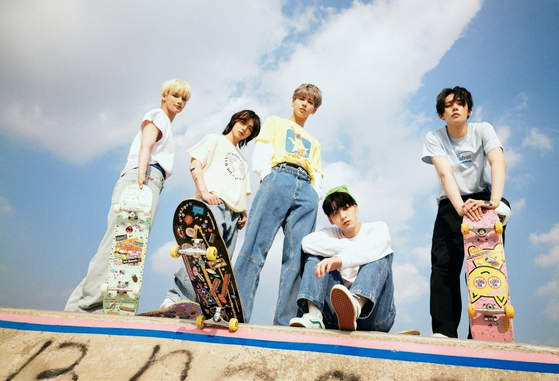 
Presales for boy band Tomorrow X Together’s repackaged version of its second album “The Chaos Chapter: Fight or Escape” exceeded 560,000 units before its release on Aug. 17.

The release of the repackaged album comes three months after its second full-length album “The Chaos Chapter: Freeze” dropped in May. Presales for the second album were 700,000 units, and according to its music label Big Hit Music, both of the presale records are deemed successes.

“The Chaos Chapter: Freeze” ranked No. 5 on the Billboard 200 chart in mid-June and has remained on the chart for nine weeks. Its latest ranking was No. 126.