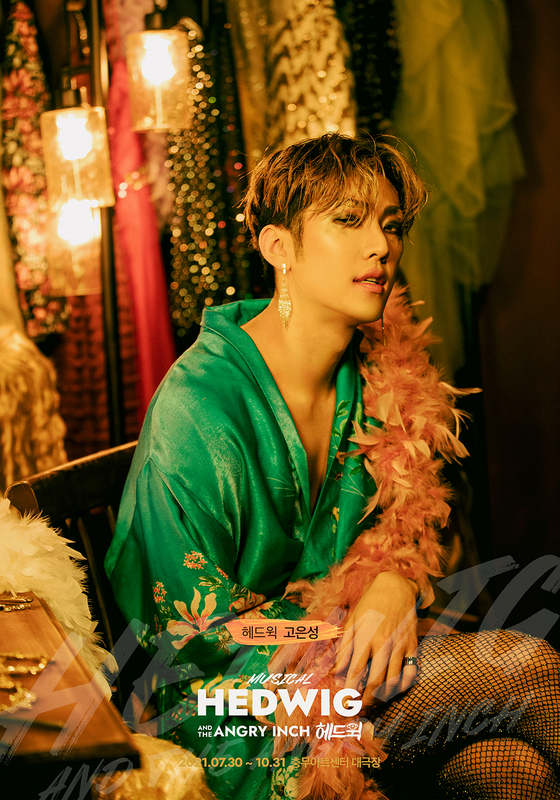 Musical actor Ko Eun-sung in this year's production of the musical "Hedwig." [SHOWNOTE]


A new Hedwig is in town. Musical actor Ko Eun-sung is taking on the titular role of this year’s production of the musical “Hedwig,” 10 years after his debut. The musical is almost a one-man show. Hedwig never stops talking, laughing, making jokes and flirting with the audience for two hours and 20 minutes.

“When the role was offered to me, I hesitated at first because I thought I wasn’t a good fit,” Ko said during an interview with the JoongAng Ilbo, an affiliate of the Korea JoongAng Daily, on Monday.

“It scared me to accept the offer, because I’d ruin the whole show if my performance is poor. Looking back, I’m glad I got the right role at the right time. I’ve appeared in a lot of works, but this time I’m receiving the best reaction ever from people around me and the audience.”

Veteran musical actors Oh Man-seok, Jo Seung-woo, Lee Kyu-hyung and idol-turned-musical actor Ren of boy band NU’EST are alternating the role. Ko said he was honored to costar with renowned actors and joked with Ren, who made his musical debut last year, “Let’s do our best not to be nuisances.” 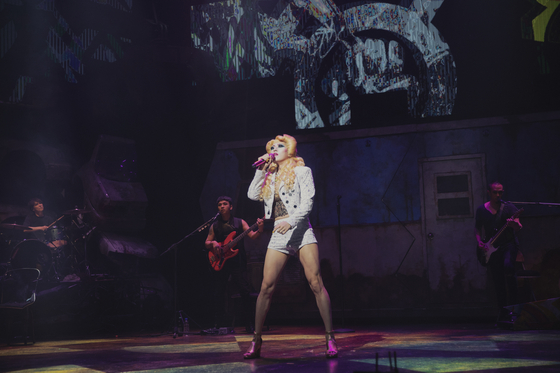 Ko's first performance as Hedwig on Aug. 3 at the Chungmu Arts Center [SHOWNOTE]


Ko had his first performance as Hedwig on Aug. 3 at the Chungmu Arts Center and mesmerized the audience with his powerful vocals, diction and natural stage presence.

As he had to play the role of a drag queen in 15-centimeter (6 inch) high heels, Ko practiced walking around on his tiptoes even when he was at home. He watched videos of Brazilian drag queen and singer Pabllo Vittar and would imitate his facial expressions and hand gestures in his daily life.

“Normally, my work and everyday life don’t merge together that much,” Ko said. “But this time, people around me are telling me that I really am like Hedwig.”

Ko debuted in the musical “Spring Awakening” in 2011, and even after a decade the actor says he is still in love with musicals.

“[Musicals are a] complex genre of expressing a character while in the middle of being an actor and singer,” he said. 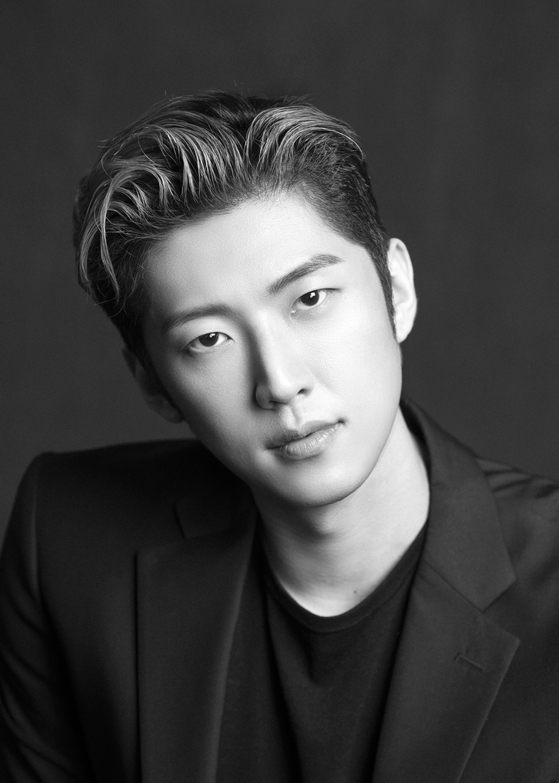 
Ko’s career officially took off after he appeared in the first season of JTBC’s audition program “Phantom Singer” in 2016. Since then, he has been demonstrating that he can take on any genre in any language.

The actor is often praised for his accurate pronunciation of lyrics in foreign languages, which is the result of endless self-monitoring and feedback. When Ko is not on stage, he is always listening to music and studying it at home.

“For songs that are not in my native language, I believe no amount of effort is enough,” he said. “So I study a lot. Not everyone gets the chance to perform, and I also had a time when I could never take these moments [on stage] for granted. So I’m trying not to waste any moment of my life.”

“But it hasn’t been long since I found my current voice,” Ko added. “I think I know how to use my vocals flexibly now. I’m still young [at 31], and maybe I’ll become more adept when I’m around 40.”

Ko is having a busy 10th anniversary starting with “Phantom Singer: All Star” in February, a solo concert and album release in June, and ongoing concerts this month with his vocal group Heartpresso, with whom he won third place in the first season of “Phantom Singer.” 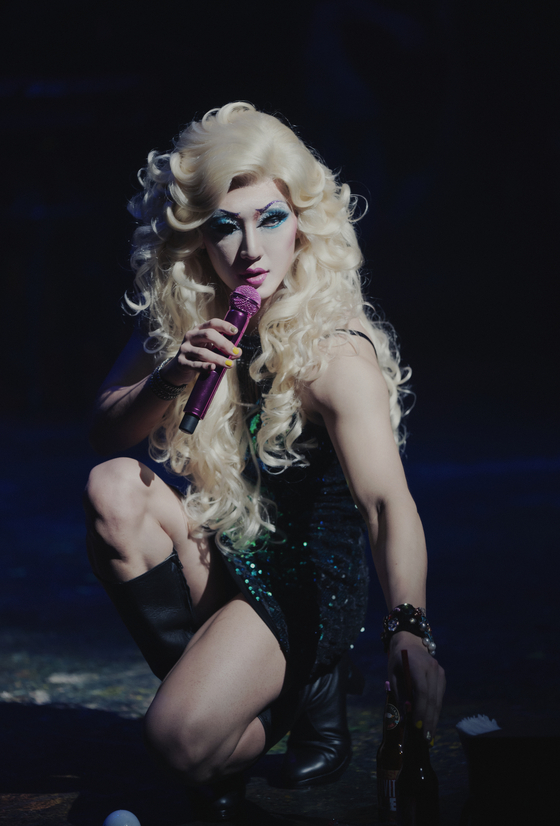 
Due to his busy schedule, the actor developed inflammation in his mouth two days before his first appearance as Hedwig, which kept him nervous about his diction throughout the performance.

“I thought I wasn’t under stress, but I must’ve felt some pressure,” he said. “It’s physically taxing, but I’m not in pain because it’s the work I chose. I don’t need a work-life balance.”

Ko was sure that he will still be performing in musicals 10 or 20 years from now. In the future, the actor said he would love to portray the role of Joe Gillis in the musical “Sunset Boulevard” (1991), which is British composer Andrew Lloyd Webber’s adaptation of the 1950 Hollywood film of the same title. Joe is a character who dreams of succeeding as a screenwriter in Los Angeles.

Wrapping up the interview, Ko shared some of his life philosophy.

“During my past ten years in the musical industry, I realized that if I try too hard to achieve something, it doesn’t go well,” he said. “But when I continue on with the things I can do and build on them, things start working out. So I don’t obsess about taking care of my throat or trying to show off during a performance. When I’m acting, it’s easier to approach things with genuineness.”