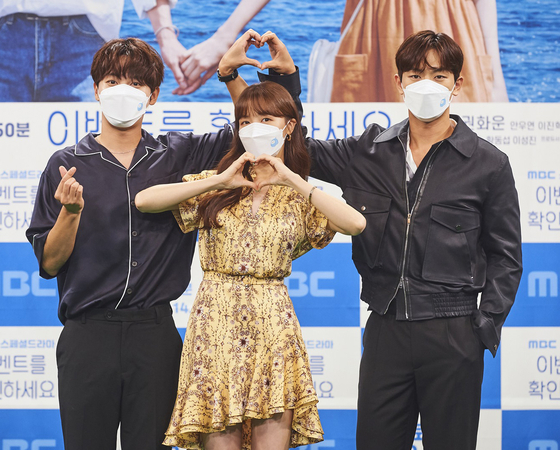 From left, actors Kwon Hwa-woon, Bang Min-ah and An Woo-yeon pose for cameras at an online press event for MBC drama series “Check Out the Event.” The story revolves around a former couple who end up going to Jeju Island together after winning a free trip. Consisting of four episodes, the series starts airing Saturday. [MBC]

Check Out the Event MBC

Genie out of the bottle