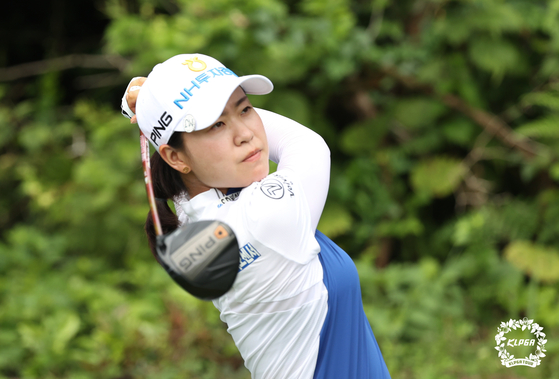 Park Min-ji tees off on Aug. 1 at the Jeju Samdasoo Masters held at Wooridul Country Club in Jeju. She finished third at the event. [KLPGA/NEWS1]


Park Min-ji is looking for a third consecutive win at the Dayouwinia MBN Ladies Open at Dayou Montvert in Pocheon, Gyeonggi starting Friday.

After winning the 2019 MBN Open, when Bogner was the official sponsor, Park succeeded in defending her title last August, when Dayou started sponsoring the tournament, outplaying runner-up Lee Jeong-eun6 by two strokes to clinch her first and only win of the 2020 season.

This time around, Park is already in the middle of an extremely successful season, dominating the KLPGA Tour with six victories in 13 tournaments. If she defends her title for the second time at Dayou Montvert, she will have done something that only four other golfers — Ku Ok-hee, Park Se-ri, Kang Soo-yun and Kim Hae-rym — have been able to achieve on the KLPGA Tour.

Her win will take her one step closer to breaking Shin Ji-yai's season record of nine wins in a single season. 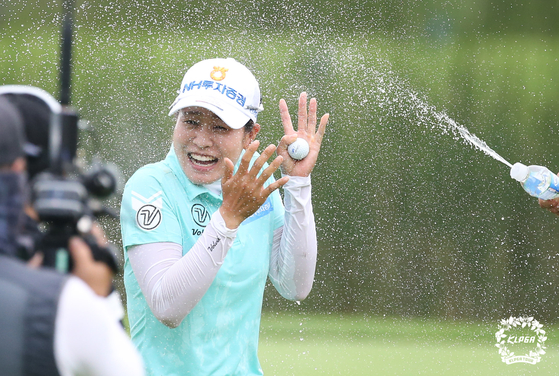 
In the meanwhile, it has been go big or go home for Park. Despite topping the table six times, Park only has two other top-ten finishes — once at the E1 Charity Open in May when she finished eighth and at the most recent the Jeju Samdasoo Masters, when she finished third.

Park has been especially inconsistent in recent weeks.

In July, at the McCol Mona Park Open, Park surprised fans by failing to make the cut after the first two rounds. Just a week later she won the Daebo hausD Open. One week after that, she finished 46th at the Evercollagen Queens Crown 2021.

Despite the ups and downs, Park is on an undeniable winning streak and comfortably leads the Tour so far this season. She has the lowest scoring average and the most birdies per tournament.

Park also hit the most greens in regulation, 79.9 percent of her balls landing within putting distance of the hole in as many or fewer than the number of shots for par. That Park is down at 21st on the table for driving distance, almost 8 yards behind Lee Seung-yeon who tops the board, demonstrates that in golf, an accurate iron shot that lands the ball on the green at a putting distance is what wins the game.

The Dayouwinia MBN Ladies Open starts Friday as a three-day, 54-hole event. Park Min-ji will tee off alongside Oh Ji-hyun and Park Hyun-kyung at 8:30 a.m.