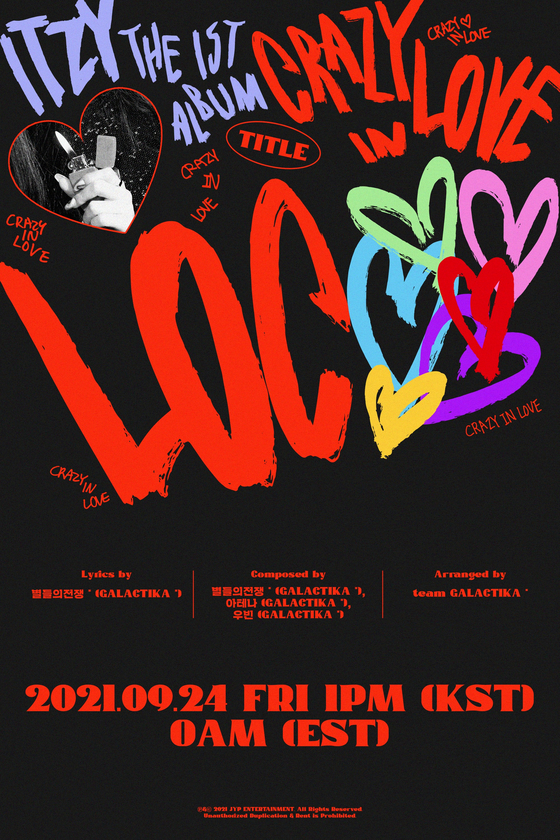 The teaser poster for ITZY's ″Crazy In Love″ [JYP ENTERTAINMENT]


ITZY is set to release its first full-length album “Crazy In Love” on Sept. 24, according to the girl group’s agency JYP Entertainment on Friday.

A teaser poster with graffiti-like lettering was uploaded on its social media accounts.

The lead track, “Loco,” was written, composed and produced by Galactika *, a team of producers that also made ITZY’s hit songs “Dalla Dalla” and “Wannabe.”

Last May, the group entered the Billboard 200 chart for the first time, landing EP “Guess Who” at No. 148.