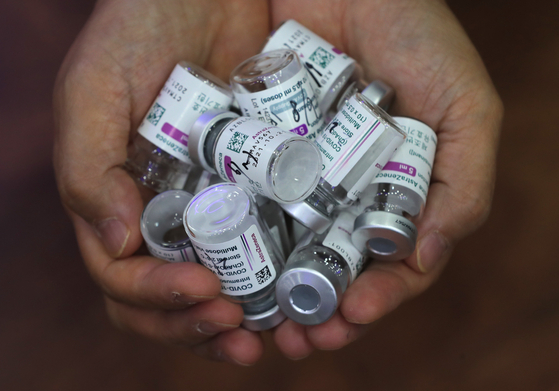 
As the country battles with a vaccine supply glitch amid its fourth wave of the Covid-19 pandemic, the government on Friday reversed the age restriction on AstraZeneca's vaccine, imposed last month due to a risk of serious blood clots, to allow its use on people aged 30 and above.

The Covid-19 Vaccination Task Force said Friday that people aged 30 and above are allowed to sign up for and receive leftover AstraZeneca shots at clinics, public health centers, nursing hospitals and nursing homes. The eased age limit is effective immediately, the government said.

Initially, in April, the Korea Disease Control and Prevention Agency (KDCA) allowed AstraZeneca vaccines to be used on those aged 30 and above. The agency, however, raised the age limit due to the risk of unusual blood clots with low blood platelets — termed thrombosis with thrombocytopenia syndrome, or TTS. From July 1, only people in their 50s and older were allowed to get AstraZeneca shots.

Since then, people younger than 50 who had already gotten the AstraZeneca vaccine for their first dose were instructed to instead receive Pfizer as their second.

The government retracted that rule Friday, and now people under 50 who got an AstraZeneca shot first and are waiting for their Pfizer shots are now free to receive a second AstraZeneca shot.

The government’s changed vaccination policy was in response to the shortage of other types of vaccines, while clinics increasingly report that they are throwing away a surplus of AstraZeneca vaccines due to the age restriction.

Korea has been struggling with its fourth wave despite over a month of implementing the toughest social distancing measures, while the government’s vaccination program faced a setback due to a supply glitch.

A government delegation left for the United States on Friday to complain about a delayed delivery from U.S. pharmaceutical company Moderna. 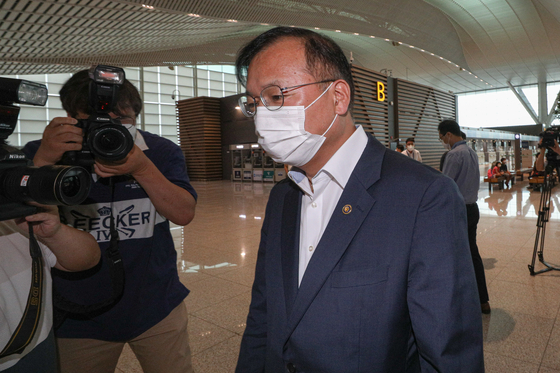 
Earlier this week, the government announced that Moderna will supply less than half of the 8.5 million doses expected in August. Korea inked a deal with Moderna to procure 40 million doses, enough for 20 million people. As of Friday, the company has sent just over 6 percent of the agreed volume. In July, it also delayed the month’s supply to August.

Meanwhile, the KDCA said 400,000 doses of Jansen vaccines offered by the U.S. government will arrive in Korea on Sunday. The government will use these vaccines, in addition to another 100,000 doses Korea directly purchased from Jansen, on prisoners and sailors starting Aug. 23.

This year, Korea had signed a deal with Pfizer to buy 66 million vaccine doses. So far, 17.88 million doses have been delivered.

According to the KDCA’s briefing on Friday, Korea saw 1,990 new daily cases, including 1,913 local infections, on Thursday. This is up by three cases from the previous day.