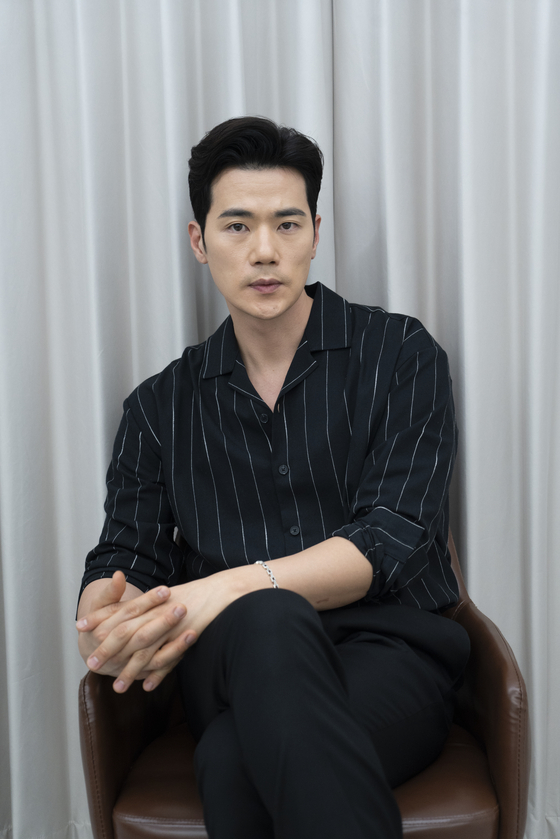 
Actor Kim Kang-woo will be making another appearance on the big screen with his first-ever horror movie later this month.

This comes after already hitting local theaters with two other movies earlier this year — in February, he was in the melodrama “New Year Blues,” and in April, the mystery movie “Recalled."

In “Guimoon: The Lightless Door,” set to premiere on Aug. 25, Kim plays the head of a psychic research center, and whose mother is a shaman.

“The movie is something that has personally made a very lasting impression on me,” Kim said during an online interview with Ilgan Sports, an affiliate of the Korea JoongAng Daily.

“It was more difficult to film than I initially imagined, as the genre was the first for me. Of course there were some regretful moments, but I really did put forth my best efforts, and I hope the movie gets some great reviews.”

In the movie, Kim plays Do-jin, a head of psychic research center who wants to find out the truth about the mysterious training center. The training center’s janitor a few decades back murdered guests staying overnight and then killed himself. Since then, there has been either a suicide or another sort of death happening at the center every year. The center ended up being closed and abandoned for years, and scary rumors started to circulate that claim there is a door in the center that connects to another center, connecting humans to ghosts. Do-jin wants to uncover the truth about the death of his mother, who used to be an exorcist.

“The filming spot felt suffocating,” Kim said as he recounted his experience of filming in an abandoned building. He shared more about his first experience filming a horror film. The following are edited excerpts.


Q. What was filming like to make an horror film?

A. Basically, there was no electricity, water and anything basic coming through in the filming site. It was also very dusty and since the filming was done in the winter, it was really cold. I think in between each shoot, I tried to step outside as much as I could to get more sunlight. But for the movie, filming in an actual [abandoned building] instead of a manmade set really helped to create that ambience we needed.


Was it scary even when you were filming?

Maybe it was because of that building, but I felt like something was dragging me down. I lost my physical energy so fast and would get completely exhausted so easily. I couldn’t do anything after filming. The building was in Pocheon [Gyeonggi], and there was nothing around except some military bases. There are just a few restaurants out in the downtown area. Maybe there really was some spirit coming from that building. When you were in the building at night, it was really scary. It really was. The lights weren’t working so well, so I couldn’t see what was in front of me clearly. When I tried to go to the bathroom, I felt like I heard some weird noises coming from each floor. I had to hold on tight to my manager even when we were just looking for the powder room to get ready. 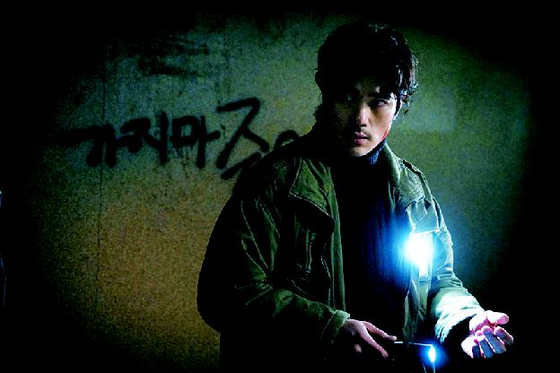 A scene from "Guimoon: The Lightless Door" with actor Kim Kang-woo. [ILGAN SPORTS]


What does it feel like to have released three movies you are in this year?


If someone just hears that, I may look like I'm really hot in the industry right now (laughs). But I’m really not. It wasn’t my intention. Because of the pandemic lasting longer than anyone has imagined, the opportune time to introduce movies has passed a little bit. It may feel like the movies had been sitting there for a bit, but what else can you do? In fact, very frankly speaking, I was startled to have three movies I’m in continuously hitting the big screen. But at the same time, I have a weird sense of responsibility for [promoting] the new movie better.


Then what do you like about having three of the movies you are in released so close to each other?


Personally, I’m happy that I can show different genres of movie. I wish that all the movies that hit the theaters these days would do well enough that all Korean movies have enough momentum to continue on for more. 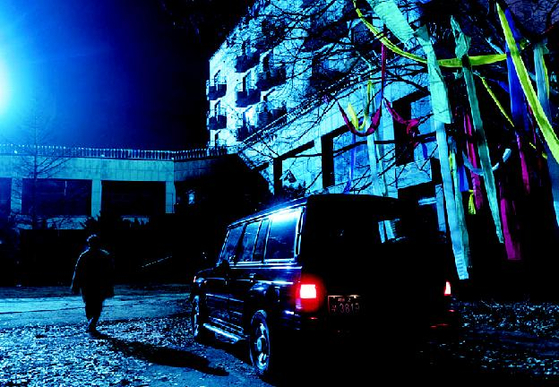 Did you ever wish your movie to come out a little later?


On one hand, I wish the movies [so many people] had worked so hard to make possible would come out after everything is all better with no pandemic. That is just my own thought. But on the other hand, I think this is what actors need to do. Maybe this is the role actors should take. No matter what the situation may be, actors needs to deliver hope to the audience as well as some catharsis. We can’t control what’s put in front us. What I can do as an actor is to continue to act, just like I have done from before. That’s the destiny of an actor, and that’s my job. What happens after a movie comes out really depends on [other elements], and I just humbly deal with them all.