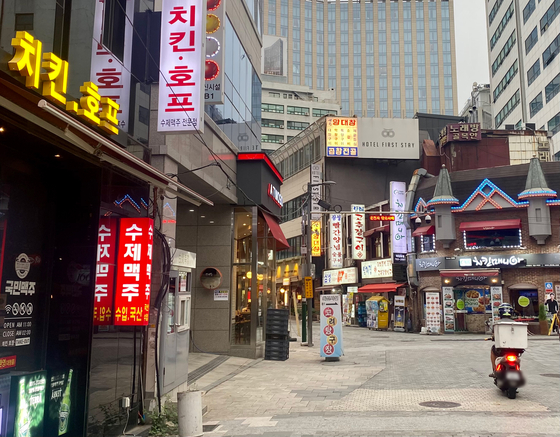 Whether it’s fried, seasoned, steamed or cooked in broth, chicken is one of the most consumed meats in the country.

Restaurants that serve chicken are legion, and they go out of business fast.

It’s not only Covid-19 affecting sales but also the intense competition.

Summer is the time in which chicken sales surge. According to the Korea Broiler Council, in July and August 200 million of the birds are normally slaughtered.

A study by the Rural Development Administration found that each person in Korea consumed 15.76 kilograms of chicken in 2019.

It’s also more than the 13 kilograms of beef consumed per capita in the same year.

Chicken is the third most delivered food after burgers and Korean food.

Opening stores and going out of business

The intense competition among chicken restaurants is well known.

According to the Korea Research Institute for Human Settlements, as of 2019, there were 85,320 chicken restaurants.

Bucheon in Gyeonggi has the largest number of chicken establishments in the country, with 1,648, 1.9 percent of such eateries nationwide.

The year in which chicken restaurants popped up the most was 2002, when the World Cup was held in Korea. As the Korean national team made it through to the elimination round, chicken and beer orders surged

But the market became saturated around 2005, and that led to stores closing.

“A lot of people retiring jumped into the chicken restaurant business as the cost of opening a chicken shop is around 58 million won, which is only half of the minimum 100 million won needed in opening a coffee shop or a fast food shop,” said Lee Young-joo, a researcher with the Korea Research Institute for Human Settlements. “But the annual revenue is 150 million won, which is the lowest among franchises including coffee shops.

He has been running the chicken store for five years.

While many understand that competition is intense and the profit low, many still try.

The closing rate of chicken establishments according to the Korea Research Institute for Human Settlements over the last 20 years has been 78.2 percent.

Speed of delivery over taste

“The competitiveness of a chicken restaurant is not in the taste but how fast it can be delivered,” he said.
A 42-year-old chicken franchise shop owner said even the franchise headquarters recommend franchisees to use delivery apps.

“If you take out the cost of ingredients and labor expenses, there’s nothing much left to take,” Lee said.

Most of the businesses have been affected since the government raised the social distancing regulation to Level 4 since last month in the greater Seoul area.

Because it limits the number of people that can gather to no more than two after 6 p.m., sales have fallen at many restaurants.

“Once we considered having some tables in the restaurant, but I’m glad our store is delivery only,” said the chicken restaurant owner in Eunpyeong District.

He added that while on the outside it may look as though business is good, profits are shrinking.

One of the factors affecting profit is the rising minimum wage.

“I didn’t know what to tell an employee working in the kitchen,” one owner said. “But luckily, she was the first to say she was quitting, which helped me avoid an uncomfortable situation.”

Baek Mi-hyun, a 59 year-old who runs a fried chicken restaurant in Pocheon, Gyeonggi, said she doesn’t have any staff and works on her own.

Baek said while she had few employees in the past the rising minimum wage and other rising expenses were too much.

According to Statistics Korea, as of July, 1.27 million self-employed businesses had employees. That was down 71,000 in a month, indicating more small store owners are working on their own while laying off employees.

The number of self-employed businesses with employees has been shrinking since December 2018.

Rising inflation is another problem many face.

Kim Hak-jin, a 41-year-old office worker living in Gangbuk, Seoul, was shocked when visiting his neighborhood grocery store with his wife over the weekend.

“I was thinking of making my own chicken broth as a bowl of samgyetang costs 18,000 won at restaurant,” said Kim, but he found the chicken alone was just as expensive.

According to the Korea Broiler Council, a kilogram of frozen chicken is 4,600 won. That’s a 34 percent increase year-on-year. Prices of other ingredients including flour have been rising as well.

[WHY] Behind Korea's love for crispy, flavorful fried chicken