Kakao moves up the rankings as it spins off companies

Kakao moves up the rankings as it spins off companies

Kakao may be on its way to becoming the third-largest enterprise in Korea as it lists more subsidiaries.

According to the Korea Exchange, the market cap of Kakao and its subsidiaries, such as KakaoBank and Kakao Games, totaled 107.8 trillion won ($92.6 billion) as of Friday’s close. That was the fifth highest, following the value of listed companies in the Samsung, SK, LG and Hyundai Motor groups.

“Kakao has grown through the successful IPOs,” said IBK Securities in a report on Aug. 11. The report said that the success of Kakao Bank’s IPO has heightened expectations for the IPOs of Kakao Pay, Kakao Entertainment and Kakao Mobility.

Considering how KakaoBank’s market cap beat expectations, the No. 3 position is seen as being within reach. Kakao Bank was valuated at 11 trillion won to 31 trillion won before the IPO, but the company closed with a market cap of 36.4 trillion won on Friday. 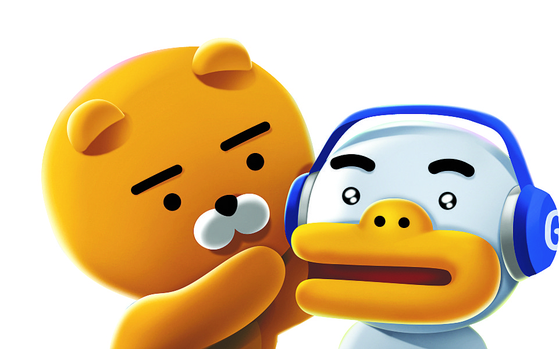 
Strong performances by KakaoBank and Kakao Games will also have a positive influence on the other companies, according to experts.
“All businesses are expected to maintain growth and the IPO momentum,” according to a report by Cape Investment & Securities on Aug. 9.

The report was titled “Kakao — Growth dynamic that doesn’t disappoint.” NH Investment & Securities called Kakao “a platform company with more to show,” while KB Securities said it will be a company with “never-ending growth.”

Kakao Pay submitted its securities registration statement on July 2. It planned to go public early August, but was requested to revise the statement by the Financial Supervisory Service (FSS). It submitted a price band of 63,000 won to 96,000 won, but is likely to lower the band in the revision.

“We are preparing for a new registration statement with the second quarter earnings, and we will be revealing our plans such as schedules and other details of the IPO with the revised statement,” said Yeo Min-soo, co-CEO of Kakao.