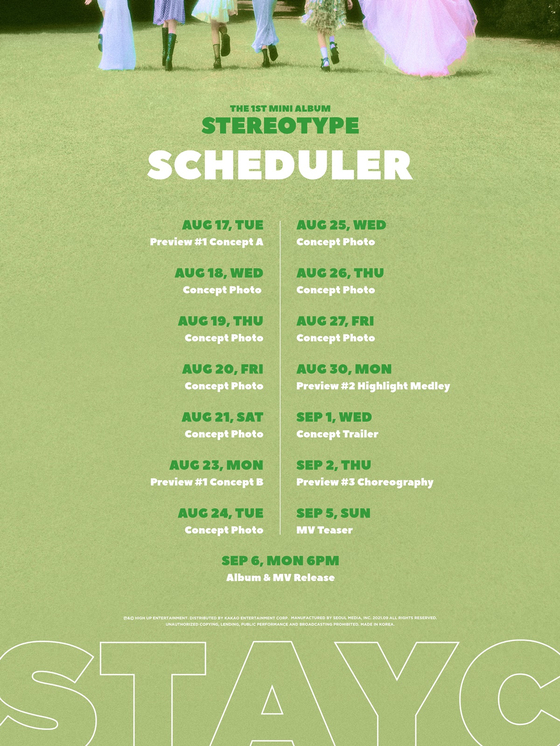 The album comes five months after its last EP, “Staydom,” released in April.

STAYC debuted last November and gained popularity with its song “ASAP,” the lead track from “Staydom.”