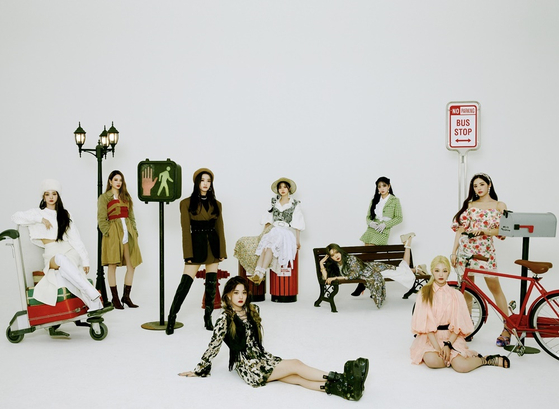 
Girl group fromis_9 is joining Pledis Entertainment, according to the agency Monday.

Pledis Entertainment is home to K-pop groups Seventeen, NU’EST and After School.

“fromis_9 is transferring to Pledis Entertainment, who has been managing the group’s music production since its debut,” said Pledis through a press release. “The transfer was finalized after discussing with [the group’s] previous agency, Off The Record Entertainment, about the group’s future activities and potential.”

The agency added that it was pleased to welcome fromis_9 and that it will do its best to support the group in upcoming works.

fromis_9 debuted in 2017 through Mnet’s all-female audition program “Idol School.” The group consists of the nine finalists of the show.