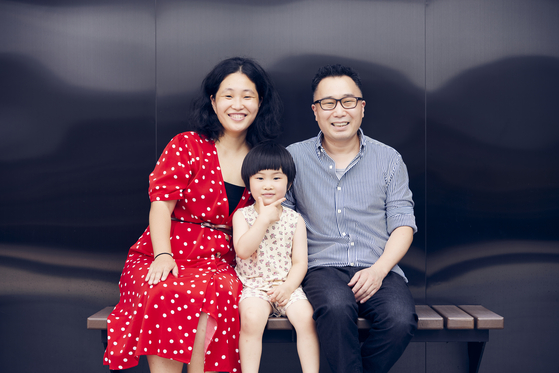 Director ParkKang A-reum, left, and her family pose for photos after the press screening of her documentary "Areum Married," at CGV Yongsan branch in central Seoul last week. The film is set for release at local theaters on Thursday. [JINJIN PICTURES]


In her documentary “Areum Married,” director ParkKang A-reum is portrayed as a woman with clear ambitions and purpose who wants to have it all.

She and her family move to France so that she can study film.

Her husband Jeong Seong-man is fully supportive of his wife and takes on the child care and household duties while she studies. But when he admits that he's starting to feel depressed the couple decides to open a restaurant for Jeong to run, called "Oegil Restaurant," which translates to "One-way Restaurant," and he begins accepting a few customers during the weekend.

The restaurant was also what led ParkKang to pick up her camera. She wanted to document the journey of an Asian man who follows his wife to France and how he interacts with customers at his restaurant.

However, when she began reviewing the footage she had filmed, ParkKang discovered something more interesting — a reversal of gender-roles between her and her husband, with her taking on the patriarchal role which she had often disapproved of. 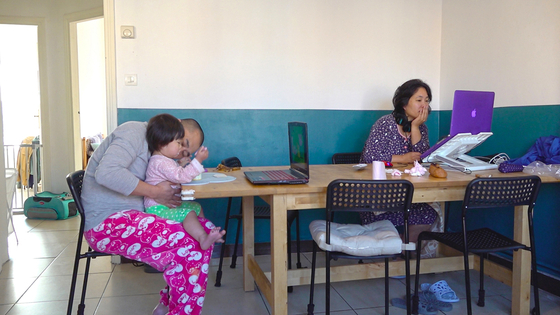 ParkKang, right, studies while her husband takes care of their child. [JINJIN PICTURES]


She finds herself asking questions like, “Why did I marry? What is marriage?”

“I think I found the answer to the first question, but I still don’t know if I have the answer to the second question,” the director said in an interview with Korea JoongAng Daily on Friday at a cafe in Jongno District in central Seoul. “I didn’t know why I wanted to marry so badly, but I came to realize through this film that I had this great craving to be part of a ‘normal’ family. My father passed away when I was still a child, and I knew that I was perceived differently as a child who grew up without a father. Moreover, I witnessed how the social position of my mother was radically changed as a woman who had to raise her two children alone without a husband. My father’s absence has always been a missing puzzle piece in my life, which is why I wanted to marry so badly, have a child and become a step closer to the vicinity of normalcy that I had always dreamed of.”

But for ParkKang, the irony of the role-reversal between her and her husband only struck her when she saw it through the lens of a camera. 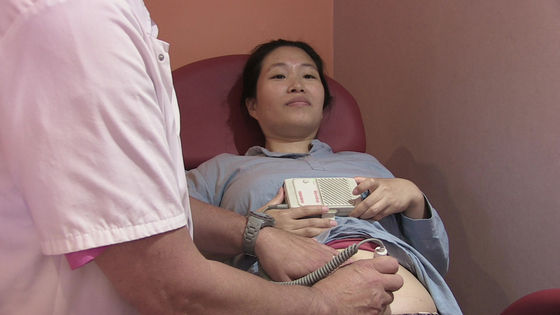 Director ParkKang said she always longed to get married and have a child after her own father passed away when she was a child. [JINJIN PICTURES] 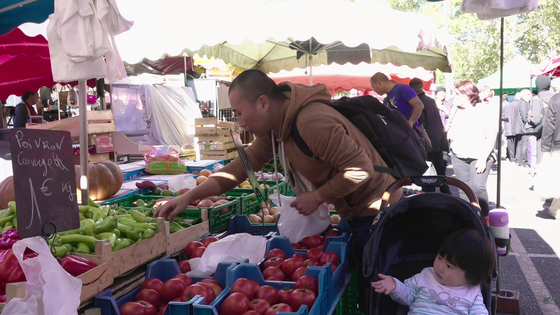 Her husband picks up groceries while taking care of their daughter. [JIN JIN PICTURES]


“When I tell people about our lives, they say, ‘I envy you,’ or ‘I want to meet a husband [like Jeong] who does everything for me,’” the director said. “They said the roles of a man and a woman were switched for us, and partly, it was true, so I would just laugh and say I was content.

“But I only realized the extent of it only when I saw myself through the lens,” she continued. “And I decided to shift the focus of our film to my patriarchal side. I saw myself throwing pasta and his cigarettes [while we were fighting] and as I continued to face myself, I realized that I was that kind of a person, but I didn’t want to stop there. I wanted to continue to know more about myself, whether it was bad or good.”

In the scenes when the couple's child is born and when Jeong takes on the role of stay-at-home dad, his face remains expressionless. It is only when he is cooking for his customers that the audience gets a momentary glimpse of Jeong at peace. 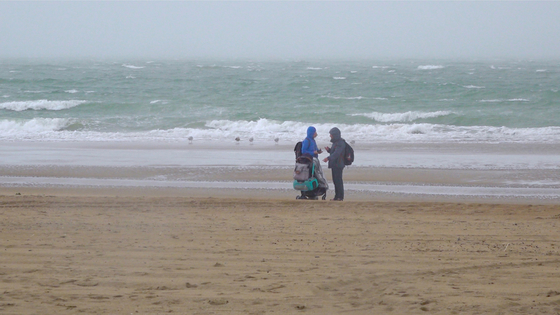 A scene at the end of the film when the family goes out for an outing to a beach in Dunkirk, France. ParkKang said her vision of a conventional family involved them standing hand in hand on a beach or at an aquarium. [JINJIN PICTURES]


“Bori [our child] is five now, and now he loves the child very, very much,” ParkKang said. “But when she was first born, he later confessed that he was at first puzzled, frightened, and he didn't know what to do. And I remember him telling me that the baby’s crying was becoming almost unbearable for him. And no matter how adorable the child was, he was on this island by himself without any social relationships or feeling like he was part of a community, just listlessly being part of this routine of never-ending household chores as if he was a hamster going round and round in a wheel. He sincerely supported my studies and the direction I wanted to pursue with my film career. He knew that I would regret it if I left France without completing my studies, but while I was going to school, making films, socially interacting with others, he was alone, and I think that showed in his expressions.”

ParkKang said that things are different now. Both her and her husband are pursuing their own dreams and the director hopes they are headed for a more equal, fairer marriage than they've previously had.

“We’re both in Korea now, but I plan to go back to France to prepare for my master’s degree on reflexive documentary and video feminism,” she said. “I want to make one more documentary about myself, and this time I want to work with a French production crew, and pitch my film in Europe. I think I would regret it if I returned to Korea without wrapping up what I came to do.

“Jeong describes himself as a cook who writes. He is currently interested in creating vegan dishes and I helped him start his own cooking channel on YouTube. As of now, he is working on his cook book and is planning on publishing it this winter. So I think he’s happy now. Our plans are, that once his book is published, he wants to go back and forth between France and Korea, for his own career and aspirations.”

“Areum Married” is ParkKang’s second documentary that centers on herself. In her first documentary “Areum” (2015), the director wonders about her failures in her love life. When others tell her it's because she doesn't groom herself properly, she takes on a social experiment in which she imitates conventional beauty styles of women.

The director said she’s never been afraid to show herself, even her flaws, in front of the camera.

“I think I’m someone whose antennas are constantly turned toward myself,” she said. “I don’t think I fully understand everything about myself, and there are times when I have to face a part of me that I don’t want to, which may be hard for me, but it’s also a pleasure for me as well, because I want to know more about myself. That can only be achieved if I’m able to withstand my less-proud moments as well. My presumption is that I am a human being who is bound to make mistakes because no one is perfect. The whole process of displaying my flaws and asking people to look at them is a joy for me.”

“Areum Married” will be released in local theaters on Thursday.

First-time brides in their 30s outnumber those in their 20s