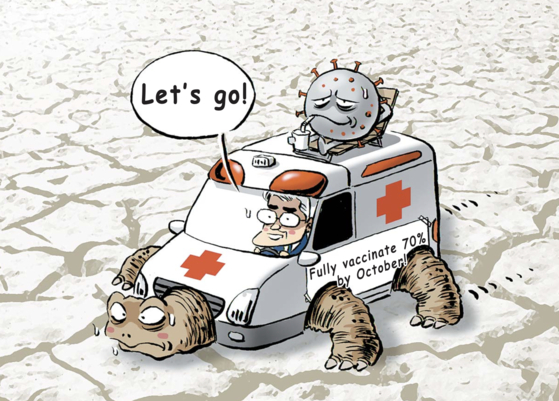 In a speech to mark the Aug. 15 Liberation Day, President Moon Jae-in promised to fully vaccinate 70 percent of the population of over 50-million by the end of October, one month earlier than he previously promised. As of Sunday, however, less than 20 percent of Koreans had received their second shots. [PARK YONG-SEOK]