Han Kyo-won of Jeonbuk Hyundai Motors shoots the ball during their match against FC Seoul at the Jeonju World Cup Stadium in Jeonju, North Jeolla, on Sunday. [NEWS1]


Jeonbuk Hyundai Motors pulled off two wins over the week, looking to reclaim their top seat at the K league 1 table.

In a match against Gwangju FC on Wednesday that took place at Jeonju World Cup Stadium in Jeonju, North Jeolla, Jeonbuk's Kim Min-hyeok opened the scoring in the 30th minute, and Stanislav Iljutcenko slotted in Jeonbuk's second goal just three minutes after. Gwangju struggled to figure out their opponent, trailing behind in ball possession, shots and on target shots. Iljutcenko, on the other hand, looked to be in good form and found another chance toward the end of the match to take the score to 3-0.

On Sunday, Jeonbuk won their second match this week, 3-2 against FC Seoul again at the Jeonju World Cup Stadium. This time, Han Kyo-won showed off some of his skills, finding the back of the net just five minutes into the game. Teammate Gustavo followed up with a goal of his own, taking the score to 2-0. But Seoul wasn't going down without a fight, and Na Sang-ho recovered one for Seoul in the last few minutes of the first half.

With both teams unable to score for the first 25 minutes of the second half, Han once again broke through to find the back of the net in the 69th minute. Moon Seon-min had made an attempt which met the Seoul goalie, but the ball fell out of his grasp and landed in front of Han, setting him up for the goal.

But Seoul was undeterred and continued to put up a fight. Their chance came in the 85th minute when Gabriel Barbosa headed in Seoul's second goal, but the eight minutes left on the clock wasn't enough to overturn the results and the match ended 3-2, cutting short Seoul's undefeated streak to three matches. 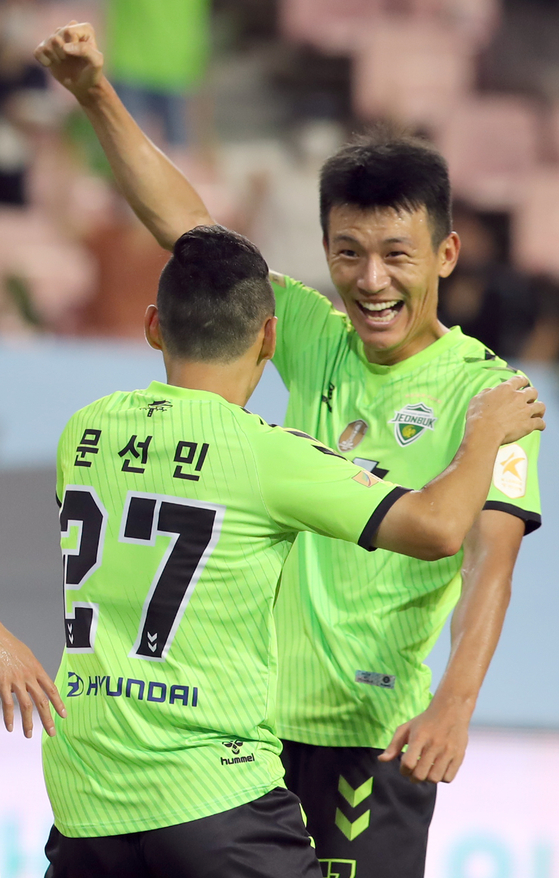 
Ulsan Hyundai currently stands at the top of the table, having played two more games than Jeonbuk, but with 12 wins each, one more win by the North Jeolla side will allow Jeonbuk to reclaim their top seat on the table.

K League 1 will continue on Wednesday, when Seongnam face Incheon at 7 p.m. at Incheon Football Stadium in Incheon. 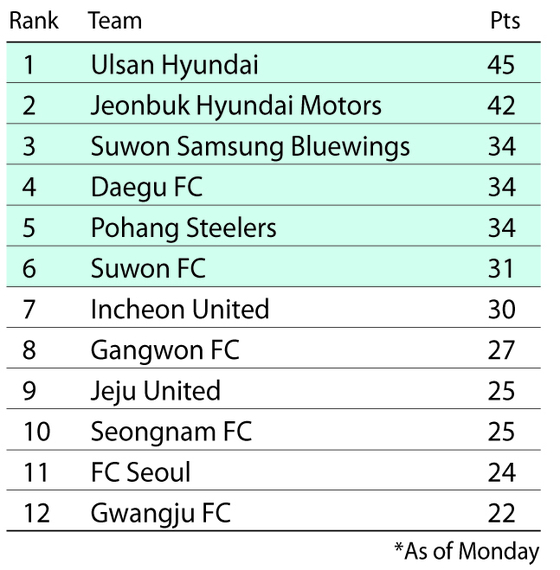