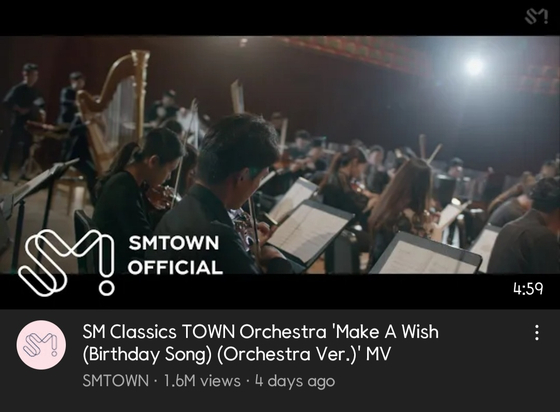 Performed at the Concert Hall of Seoul Arts Center by the SM Classics Town Orchestra, which consists of 50 classical musicians who assemble when SM has a classical remake project, the orchestral rearrangement reimagines the original song’s iconic whistle riff and various melodies with classical instruments.


SM has been venturing into classical versions of its K-pop hits since last year, starting by establishing the classical music label SM Classics in June of 2020 through a memorandum of understanding with the Seoul Philharmonic Orchestra. An orchestral version of girl group Red Velvet’s “Red Flavor” (2017) performed by the Seoul Philharmonic Orchestra was released in July last year, and the SM Classics Town Orchestra made its debut the following month with “Tree (Orchestra Version),” a classical rearrangement of singer BoA’s 2003 ballad.

While “Red Flavor” garnered 1.6 million views in a year, “Make A Wish” (Birthday Song)” caught up to that number in just four days, showing the improved quality of SM’s classical rearrangements and heightened interest surrounding orchestral versions of K-pop. Comments under the video generally praise how invested SM Entertainment is in its content, constantly challenging itself to new styles and genres. 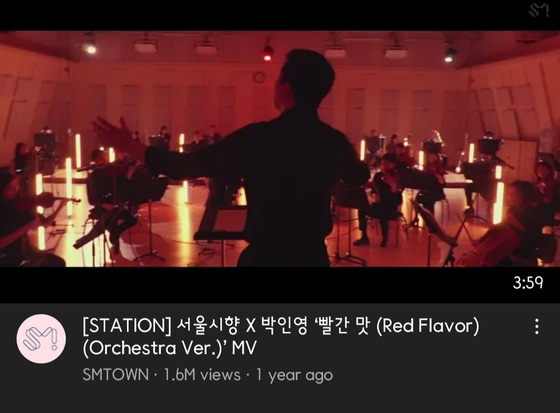 
“We are being met with very positive responses,” an official from SM Entertainment told the Korea JoongAng Daily. “We were delighted by how good the quality of music turned out to be.”

In a YouTube video titled “SM Congress 2021” uploaded in June, SM Entertainment’s chief producer Lee Soo-man and other executives laid out the company’s future ambitions and also announced that SM Classics will officially up the ante with its activities. The label and the SM Classics Town Orchestra will continue with the “Re-Created” project, rearranging SM artists’ K-pop hits into classical versions and merging the genres.

“K-pop agencies no longer have to stick with K-pop exclusively,” said pop culture critic Jeong Deok-hyun. “Entertainment agencies used to play it safe with content that would universally appeal to the most number of people. Nowadays, it’s a good strategy to target niches. There are classical music manias all around the world, and as long as SM keeps up high-quality classical music, it will be able to attract loyal fans who are willing to continue consuming SM’s orchestral versions of K-pop."