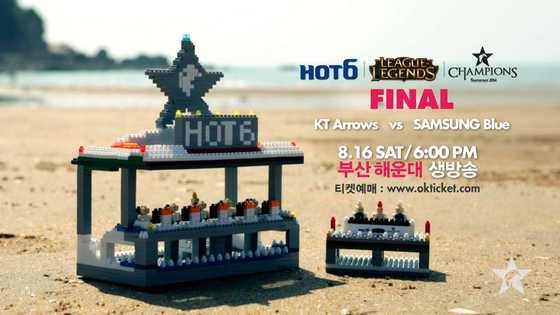 
Seven years ago, on Aug. 16, 2014, the League of Legends Champions Summer 2014 finals began as a golden sun set on a packed Haeundae Beach.

The KT Rolster Arrows and Samsung Galaxy Blue faced off in one of the most memorable best-of-five series in Korean League of Legends history. Defending champions SSB demonstrated their strength by going up 2-1, but KTA later came through in the clutch in dramatic fashion to take a 3-2 comeback victory.

MVP went to KTA jungler Lee "KaKAO" Byung-kwon, who delivered performances well worthy of the honor, not only during his team's run up to the finals but at the most crucial moments on the night. His explosive performances on Nocturne in Game 4, then on Lee Sin in Game 5, made all the difference. 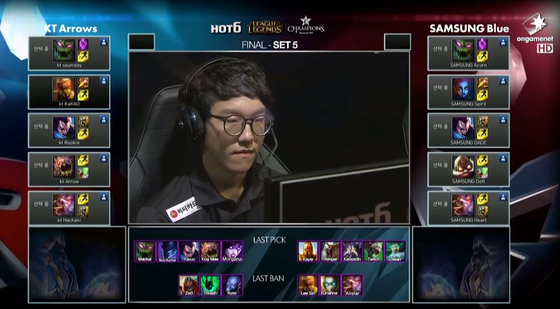 Following significant input from Riot Games and the Korea e-Sports Association, heading into the 2015 season, OGN rebranded LoL Champions to LoL Champions Korea (LCK), canning its quarterly tournament system in favor of a twice-a-year, double round robin league format with separate knockout postseasons. Organizations were also no longer allowed to operate two squads side by side, as most had been doing.

These changes heralded the start of the "developer era" of esports, in which many studios with an esports title began to gradually but forcibly standardize all premier regional events across the world, expunging the influence of third-party production companies from their games' competitive scenes and exercising unprecedented centralized power.

From a sporting perspective, it was the last season in which all of Korea's best League of Legends players competed solely in Korea. The following winter offseason saw most of the region's top talent, including seven of the players who featured in the Summer 2014 finals, leave for better-paying pastures abroad in a stampede that was later dubbed the "Korean exodus".

Korean dominance in League of Legends esports did last for a few more years, but in a certain sense, that night on the beach seven years ago was the end of the beginning, the beginning of the end. 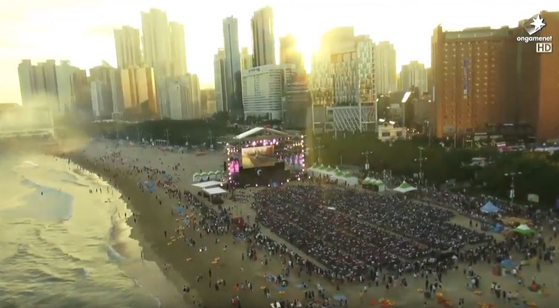 The stage, crowd and backdrop as caught on broadcast. [SCREEN CAPTURE]


Where are they now

Song "Rookie" Eui-jin and Kim "Deft" Hyeok-gyu went on to become legends in the League of Legends Professional League (LPL); Deft later returned to Korea, while Rookie took root in Shanghai and became one of China's most beloved players. Both are near the end of their careers, but are still playing.

Kim "ssumday" Chan-ho and Noh "Arrow" Dong-hyeon, who both left for Los Angeles in the 2016-17 offseason, established themselves well in the North American scene and are still active there. 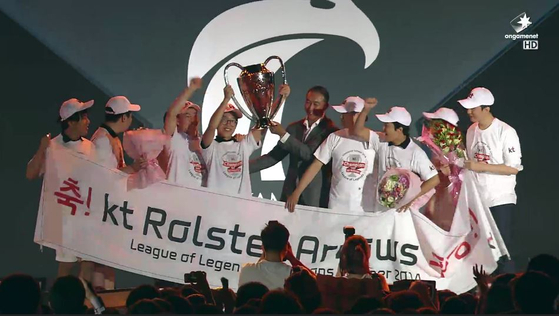 
KaKAO and Lee "Spirit" Da-yoon hopped around different regions — KaKAO becoming a legitimate international journeyman — and enjoyed long and colorful careers before retiring at the end of 2020.

Ha "Hachani" Seung-chan, Choi "Acorn" Cheon-ju and Lee "Heart" Gwan-hyung did not see much additional success as players, but quickly transitioned to coaching and have done well for themselves since. Spirit is also currently working as a coach.

Bae "dade" Eo-jin and KaKAO are inactive in the scene as of now.