Car production, sales and exports all drop in July

Car production, sales and exports all drop in July 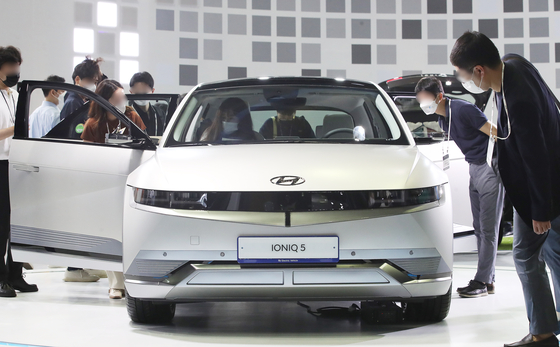 Automobile production fell last month, along with sales at home and abroad.

A shortage of automotive semiconductors was a key factor.

One area of growth remained environment-friendly vehicles, proving their popularity.

According to the Ministry of Trade, Industry and Energy on Wednesday, Korea manufactured 297,585 vehicles in July, a 13.9 percent drop compared to the previous year.

The ministry said factories were hobbled by a shortage of semiconductors.

Hyundai Motor, which accounts for roughly 50 percent of the vehicle manufactured in Korea, saw a 16 percent decline in its production last month.

GM Korea, which accounts for 10 percent, saw a 45.3 percent decline.

However, the decreases were also affected by the base effect and a significant increase in demand in July 2020.

Due to the spread of Covid-19 in the first half of 2020, automobile demand fell sharply. It recovered in July.

A ministry official said  environment-friendly vehicles sales have increased because automakers are introducing the environmentally-friendly versions of popular models such as Avante, Tucson and Sorento, and rolling out new EVs such as the Ioniq 5.