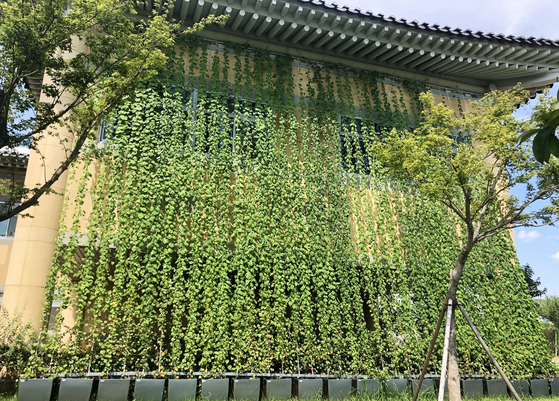 Green vines cover the exterior of the state-run agricultural technology center in Naju, South Jeolla as part of the city's Green Curtain project. Vines on the exterior of buildings lower the temperature and reduce the need for air conditioning, which consumes a lot of energy, according to the city. During testing, the part of the building covered in vines was found to be eight degrees cooler than the rest of the building. [YONHAP]