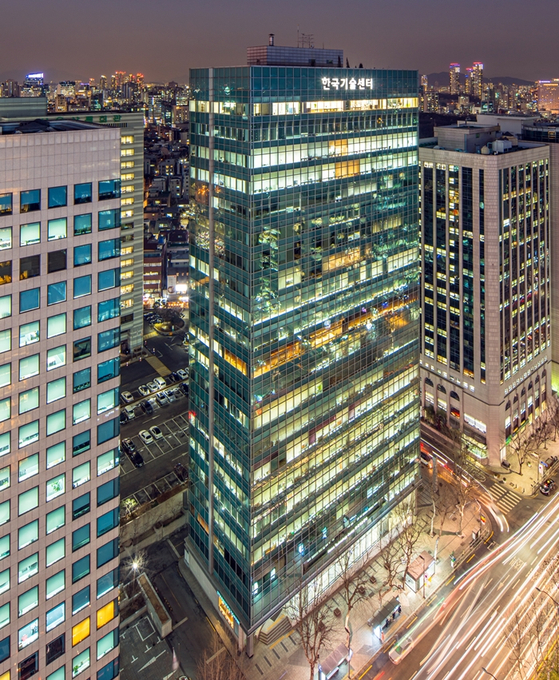 
Kasa Korea said Thursday that it has chosen the Korea Technology Center building in Gangnam District, southern Seoul, as the third building to list on its platform.

The company enables users to purchase and trade fractional ownership of buildings in Korea on its mobile app. The company issues digital asset-backed securities (DABS) that represent ownership of the selected building and sells them to investors in a public offering.

Kasa is selling shares for the top floor of the Korea Technology Center building. The building has 21 floors above ground, and five basement floors. The tenant of the 21st floor runs a technology start-up, according to Kasa, and has a five-year lease contract.

"Until 2027, there will be massive development projects for commercial complexes near the building," a spokesperson from Kasa said. "The projects will boost demand for properties in the area."

A six-star luxury hotel Josun Palace opened nearby the Korea Technology Center in May this year. Among the scheduled development projects in the area is building Hyundai Motor's Global Business Center.