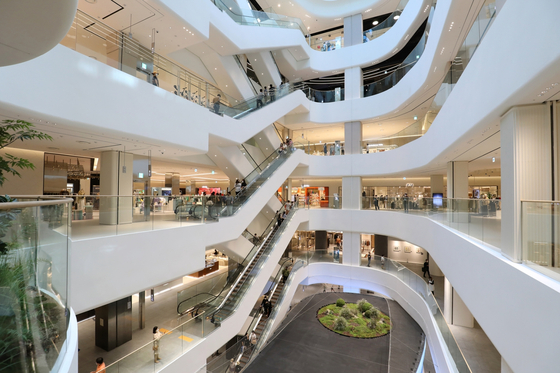 
Lotte Department Store is opening a new branch in Dongtan in Hwaseong, Gyeonggi, on Friday – its first branch in seven years.

It is the largest department store in Gyeonggi Province.

The new department store offers around 500 fashion brands, including Saint Laurent, Fendi and Balenciaga, and has a cinema and a park.

Beauty brands like Chanel Boutique, Dior and Gucci Beauty, as well as high-end furniture brands like the Conran Shop, are available.
Dongtan is around 40 kilometers (25 miles) away from Seoul.

With a goal to provide a space “where people want to stay,” more than 50 percent of the 246,000 square meters (2.6 million square feet) of space has areas where people can experience entertainment and enjoy culture, said Lotte Department Store.

It added it created space where “boundaries between shopping and art have been torn down.”

The new branch is making more than a hundred artworks available throughout the department store and offering media art that features the works and life of Leonardo da Vinci. 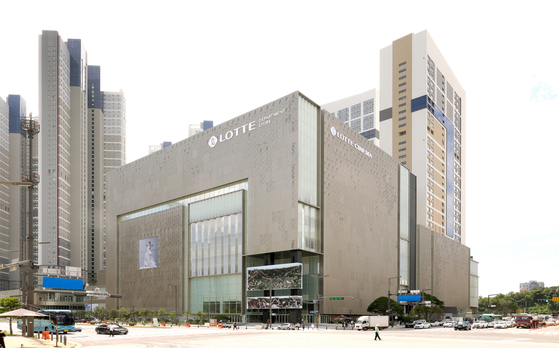 People can listen to the explanations about each of the artworks by scanning a QR code next to it.

Since many newlyweds live in Dongtan, the Lotte department store “paid particular attention to the kids section,” where a kids café and a cosmetics shop for kids are available.

Also, nearly 30 percent of the department store’s gross area has been dedicated to 100 food and beverage stores, including those run by influencers.

“The Dongtan branch is a customized store where the characteristics of Dongtan have been fully reflected from the brands available to experiential content, breaking stereotypes of a department store,” said Hwang Beom-seok, head of Lotte Department Store in a statement.

Hwang added new content will be continuously added following the opening with hopes to become a landmark of Dongtan and a retail landmark in Korea.

The Dongtan branch has elevators that will know which floor to go to even if the button is not actually pushed. It detects when a finger is close to the button using thermal sensors.

The Dongtan branch is projected to generate more than 500 billion won ($430 million) in sales annually and the Uiwang outlet more than 300 billion won, according to Lee Jin-hyeob, an analyst at Yuanta Securities Korea.