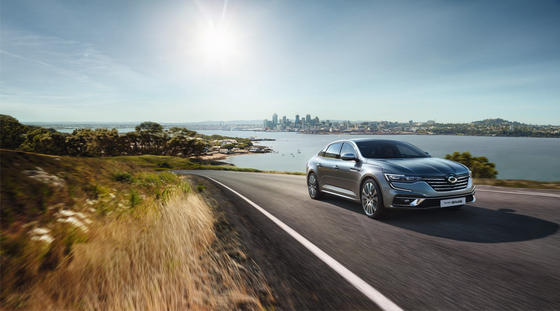 When it comes to family cars, midsize sedans are still ahead of the game.

Midsize sedans have been well-loved as a family car for a long time in Korea. Despite of SUV’s rising popularity, they remain best sellers.

As family car models have diversified with the fast growth of both the domestic and imported auto market, now drivers are offered a wide range of choices and can make decisions depending on their preferences. Renault Samsung Motors’ midsize SM6 sedan, for example, makes an ideal family car for those who are looking for a cost competitive and family-friendly all-rounder.

Renault Samsung Motors is the Korean operation of the French automaker Renault. Known as Talisman in Europe, SM6 was first developed as a global project by Renault Group. However, as the SM6 is assembled in a factory located in Busan, South Gyeonsang, and is mainly targeted toward the Korean market, the SM6’s design and features largely reflect Korean consumers’ needs and preferences.

Since Koreans have high standards for performance, Renault Samsung focused on improving the functionality of the new SM6, the automaker explained.

One example is the light emitting diode Matrix Vision included in the latest SM6 model. The new lighting system delicately controls the headlamps to reduce glare, which makes nighttime driving considerably safer. Such lighting system is hard to find in any other models in similar price ranges, and the SM6 is the only model featuring the LED Matrix Vision headlamps even among Renault Samsung cars.

On the front and rear dampers is the modular valve system, which improves the overall quality of ride. With TCe 300, the upper trim level of the SM6, Renault Samsung offers active noise cancellation as well.