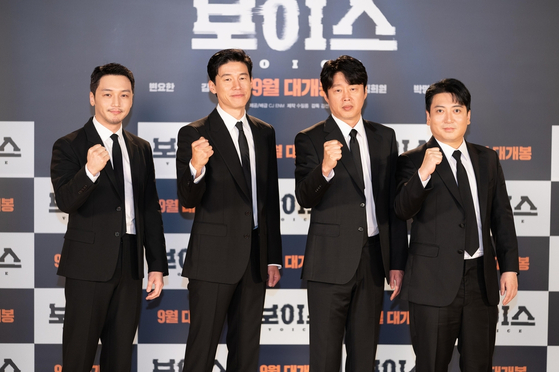 The cast of upcoming crime action film “On the Line” — from left, actors Byun Yo-han, Kim Moo-yeol, Kim Hee-won and Park Myung-hoon — pose for cameras during an online press event on Thursday. The film revolves around a massive crime ring related to voice phishing. The film is slated for release next month. [CJ ENM]