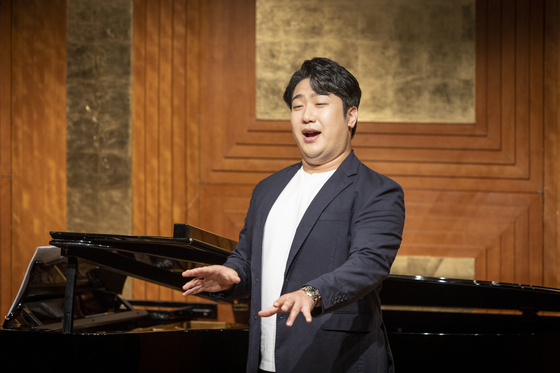 
“I really am a country boy; even my townspeople used to call my hometown Gokseong County [in South Jeolla] the 'back country' because it is so rural,” said baritone Kim Gi-hoon during a press conference on Tuesday.

The 30-year-old Baritone from the Korean countryside has been captivating cities around the world, winning first place at the world-renowned classical singing contest BBC Cardiff Singer of the World in Britain this June.

Kim was born and raised in Gokseong County, South Jeolla, a rural region of Korea.

“I was in a church choir, and an instructor told me I should really pursue a career in singing,” said Kim. “At the time, I used to mimic the way classical vocalists sing so I could make people laugh.”

Kim started imitating classical vocalists purely for fun, but people who heard his vocals recommended that he take his talent more seriously. That’s how he started classical vocal training in his senior year of high school. 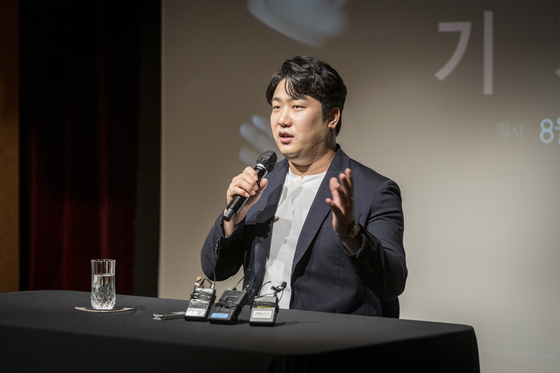 Kim at a press conference on Tuesday [ARTS&ARTISTS]


Since then, Kim has been building a prolific career around the world. In celebration of his win at the BBC Cardiff Singer of the World, he is set to hold a solo vocal recital at the Seoul Arts Center on Sept. 4.

Kim is known for his vivacious vocals and ability to sing a wide range of music from Wolfgang Amadeus Mozart, Gioachino Rossini, Richard Wagner and Pyotr Ilyich Tchaikovsky.

“I love singing on stage more than anything,” he said. “My satisfaction with my job can't be higher. I never stare into the air while I’m singing. Instead, I make eye contact with every single member of the audience and check their reactions. But above all, I love when I’m being applauded. It becomes such an enormous energy for me and I use that as my driving force.”

But it wasn’t always success after success for the baritone. At the 2019 Operalia, his piano accompanist set the key too high by mistake, which put immense stress on Kim’s throat to complete his song. 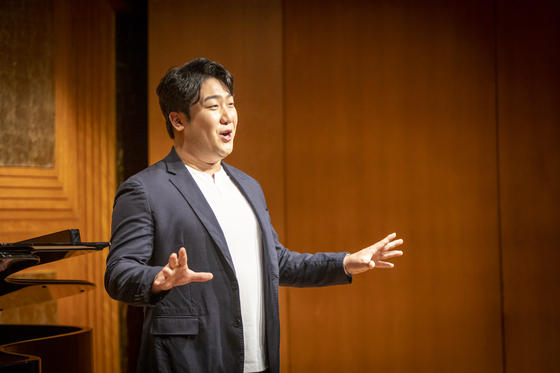 
“I ended up winning second place at the International Tchaikovsky Competition and Operalia,” Kim said, “but I was extremely disappointed because I was aiming for first place.”

Kim also suffered from vocal nodules while he was attending Yonsei University’s College of Music, which at one point made him consider quitting singing altogether. In fact, he even considered becoming a professional boxer when an instructor at his boxing gym, which he frequented as a hobby, told Kim he had a talent for the sport.

However, Kim eventually overcame his slump and graduated Yonsei University at the top of his class. He also finished a master’s course at the Hanover University of Music, Drama and Media in Germany with flying colors.

At the International Tchaikovsky Competition, Kim caught the eye of world-renowned Russian conductor Valery Gergiev. Gergiev, who is the director of Russia’s historic Mariinsky Theatre, asked Kim to join the theater full-time. Kim had to decline due to his busy schedule and other offers for roles from all over the world, but he did star in a production of “La Traviata” conducted by Gergiev between 2019 and 2020. 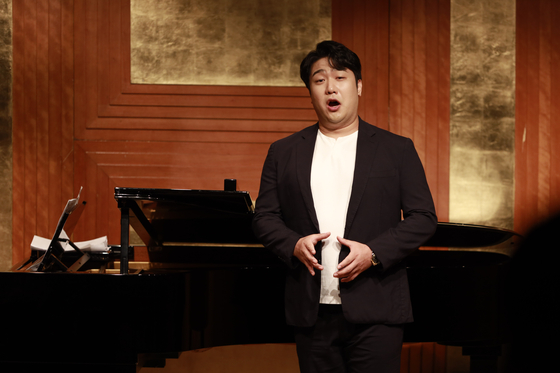 Kim has a full schedule set until next year. [ARTS&ARTISTS]

At the upcoming vocal recital, Kim will sing various numbers including the song with which he won the BBC Cardiff Singer of the World. One number is “Mein Sehnen, mein Wähnen” from the opera “Die tote Stadt," which was the talk of the town at the competition after a judge shed tears during Kim’s performance of the song.

“I like heroic roles and songs that show masculinity, but people tell me that I’m actually best at songs with delicate sentiments,” Kim said. “I can’t choose one type of song that suits me most, but I want to be a vocalist that always heads toward the future. I simply want to be a ‘good baritone.'”