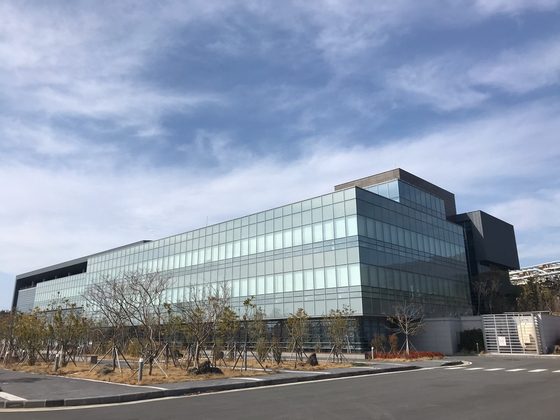 A file photo of Greenland International Medical Center in Seogwipo, Jeju Island, which would have been Korea's first for-profit hospital but had its business license revoked by the Jeju provincial government in 2019. [JOONGANG ILBO]


A local appellate court Wednesday ruled that it was unfair for the Jeju provincial government to revoke a business license for what would have been Korea's first for-profit hospital.

The Jeju branch of the Gwangju High Court ordered the Jeju Special Self-Governing Provincial Government to reverse the decision it made in 2019 to cancel the business license of the Chinese-owned Greenland International Medical Center.

The appeals ruling overturned an earlier decision by the Jeju District Court last October in favor of the Jeju government’s nullification of the license.

Greenland Group, one of China’s largest real estate developers, was initially granted permission by the Jeju government to open what would have been Korea’s first for-profit hospital on Dec. 5, 2018, on the condition that it only treats foreign patients. The Shanghai-based developer invested 77.8 billion won ($66.1 million) and completed building the private hospital in Seogwipo on Jeju Island in July 2017, after permission was granted by Korea’s Ministry of Health and Welfare, under the previous administration, to go ahead with the construction in December 2015.

The Jeju provincial government, however, canceled the business license for the Greenland International Medical Center in April 2019, after its operator failed to meet the deadline for opening in March that year. According to the Medical Service Act, a medical institution needs to begin operations within 90 days of receiving a business license.

The operator of the medical center, Greenland Jeju Healthcare Town, a subsidiary of Greenland Group, had protested the Jeju government’s ban on its treatment of Korean patients.

It filed a lawsuit against the Jeju government's decision to revoke the license in May 2019.

After the Jeju District Court’s October 2020 ruling siding with the Jeju government, Greenland Jeju Healthcare Town appealed, lambasting the restrictions on patients it could treat, saying the conditions "go against humanity and do not exist anywhere in the world.”

The lower court only ruled on the operator’s violation of the three-month deadline and deferred its decision on whether the Jeju government had the legal right to grant a permit on the condition of restricting patients the hospital can receive.

In turn, a civic group of Jeju residents opposed to the commercialization of medical services lambasted the appellate court decision Wednesday and called it “a ruling that undermines public health care,” especially amid concerns over the Covid-19 pandemic.

The activists have protested private hospitals and criticized former Jeju Gov. Won Hee-ryong for granting a conditional business permit in the first place. The civic group pledged to strengthen activities to protest against for-profit hospitals.

The issue of introducing investor-owned medical facilities has divided the public for nearly two decades. Protesters have worried that privatization of medical services could lead to a hike in public health care costs in Korea.

Korea introduced free zones in 2002 that allowed foreign capital to open for-profit hospitals for non-Koreans. They were in designated areas, such as Incheon and Jeju Island. But no foreign investor had stepped up to establish a for-profit hospital until Greenland Group applied in 2015.

With conflicting lower court rulings, the long controversy over the for-profit hospital is expected to be taken to the Supreme Court.

The fate of the Greenland medical center in Jeju is also expected to affect the establishment of for-profit hospitals in other free economic zones.