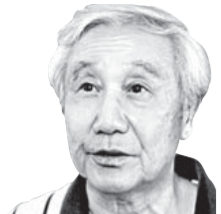 Shim Jae-hoon
The author is a Seoul-based journalist. He was a correspondent for the New York Times and Far Eastern Economic Review.


Governing party legislators’ plan calling for penalizing media people and organizations accused of producing and distributing “fake news” is rapidly moving into the final stage. This move takes the form of amending the existing Press Arbitration Law now being successfully enforced by the media industry itself. The revision bill, having passed the relevant subcommittee in the single-chamber National Assembly, is moving to a plenary session for final deliberation and passage this month. It looks likely to pass as President Moon Jae-in’s ruling Democratic Party controls the majority.

According to the bill’s articles, people complaining they have been hurt by “fake news” can claim damages of up to five times what they allege they have suffered. Theoretically, this could allow a businessman who wins a case against such so-called “fake news” to demand compensation of five times his company’s sales. Questions hanging include what exactly is “fake news”? Who is defining it? And who and how are damages to be measured? This bill is so imprecise and loose that it’s fraught with potential to be misused and abused. “It risks silencing critical journalism and harming South Korea’s democratic tradition,” commented the World Association of Newspapers and News Publishers in an official statement, supporting the local media’s universal opposition. The timing of the bill also matters: it comes as the country heads into a campaign for the next presidential election. Critics have blasted this bill as a reminder of past authoritarian times. Clearly, it’s a case of old habits dying hard.

The bill’s emphasis on financial compensation recalls the infamous press law once imposed by Singapore’s late Premier Lee Kuan-yew, who reputedly observed that “the best way to hit a disagreeable media is to hit at its pocket where it hurts most.” True to his words, Lee had local circulations of international publications like the Far Eastern Economic Review, Time and the Asian Wall Street Journal drastically cut for offending articles. Yet I don’t recall this kind of draconian measures having impacted their independent reporting,

So far reactions from the Korean media have been mostly calm, even muted, as they seem to view this challenge as outlandish and anachronistic. The Korean Newspaper Publishers Association as well as the Korean Journalist Association have duly protested, but somehow they seem to believe that all this absurdity will blow away in due course.

But the Korean media shouldn’t be too complacent about this danger to their freedom. Although the local media has come a long way over three decades of repression under military rule, it still operates in circumstances much below Japan’s or the United States’. Presidential news conferences are infrequent, held only a couple of times a year; questions at news conferences are carefully regulated in advance; reporters are seldom given follow up questions. The local media industry landscape still has the contours of its authoritarian past. The heads of the state-backed news agency and even certain television stations are practically appointed by the president.

Working journalists in Korea must cope with some of the toughest defamation laws in the world, so much so that anyone undertaking a sensitive investigative reporting assignment trods a minefield of potential lawsuits. In Korea, it is even possible to defame the dead. A good example of this may be the failure by either print or broadcast media to provide detailed accounts of the circumstances surrounding the death by suicide of former Seoul mayor Park Won-soon, who took his life after accusations of sexual harassment by one of his secretaries.

As free speech is one of the most basic of human rights, the oxygen of a democratic society, President Moon’s silence over the matter of his parliamentary partners’ agitating to legally punish “fake news” is indeed perplexing. Opposition politicians insist that the attempt to restrict press freedom actually represents his political views. This refers to populism, as represented by his support for radical Peronista unions and other center-left “progressives” whose agenda pursues “breaking up and transforming” what they see as a capitalist, conservative socialpolitical edifice supporting today’s Korea. Significantly, Democratic Party lawmakers backing the current legislation are mostly strong supporters of this radical agenda.

It isn’t too difficult to see that Moon stands to gain from any dampening of press freedom, as his leadership over the past four years has been met by a crescendo of attacks as being mediocre. Many of his appointees to the cabinet and other high posts have resulted in tarnishing, not improving his judgement. Near the end of his presidency, millions are out of job, government spending has ballooned to a perilous level as he added hundreds of thousands of new jobs to government payrolls. Real estate prices have skyrocketed to stratospheric heights under his disastrous policies attempting to control the market. Housewives are complaining of ever-rising grocery bills.

It’s all turning into a tense watching game as the nation’s three largest and most influential papers daily attack the Blue House. Clearly this is not the best of times to politically miscalculate by pushing through legislation that contravenes Korea’s proud democratic achievement of the past several decades. Indeed, it is this achievement that helped bring him to office in the first place.