Corporate profits hit record in the first half

Corporate profits hit record in the first half 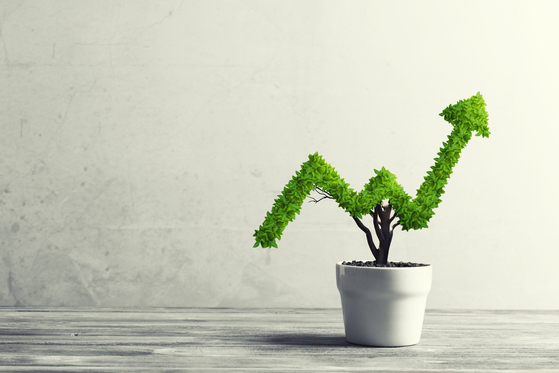 
Net profit of Kospi-listed companies more than tripled in the first half and revenue broke 1,000 trillion won ($845 billion) for the first time ever.

According to Korea Exchange (KRX), the combined net profit of 587 out of the 664 total Kospi-listed companies between the January-June period was 85 trillion won, soaring 245.5 percent on year. Total revenue was 1,080.6 trillion won, up 17.5 percent on year and operating profit was 91 trillion won, up 118.9 percent. All three figures are record highs since 2010, the first year when listed firms were obliged to submit consolidated financial statements.

A total of 90 companies that were merged, split off, face delisting and those in the financial sector weren’t included in the analysis.

The listed-company revenue-to-profit ratio was 7.88 percent, meaning the companies on average made 788 won in profit for every 10,000 won they earned. The figure was up 5.2 percentage points on year.

“There are some Covid-19 induced base effects, but the biggest contributing factor is the improved performance of chemical, steel and automakers,” said a spokesperson for KRX.

Despite most of the industries achieving gains, some were in the red. Food and drink provider net profit dropped 5.9 percent on year and electricity and gas company net profit fell 79.5 percent.

Financial firms were left out of the analysis due to their figures such as revenue being calculated differently from manufacturing firms. But separately looking at the listed financial companies, securities businesses performed best, reporting a combined net profit rise of 140 percent on year. Insurance company net profit rose 60 percent on year and bank net profit rose 47 percent.

Combined net profit was 6.9 trillion won during the January-June period, up 157.7 percent on year. Revenue was 108 trillion won, up 17.6 percent. The revenue-to-net-profit ratio was 6.36 percent, up 3.46 percentage points on year.

Profits of listed companies are forecast to continue improving, but the pace may slow as the rebound of Covid-19 takes a toll on the economy.

“Economic indicators are falling and the pace of economic recovery is slowing again due to the spread of the Delta variant,” said Jeong Myung-ji, head of investment and research at Samsung Securities. “Third quarter earnings may not meet expectations.”