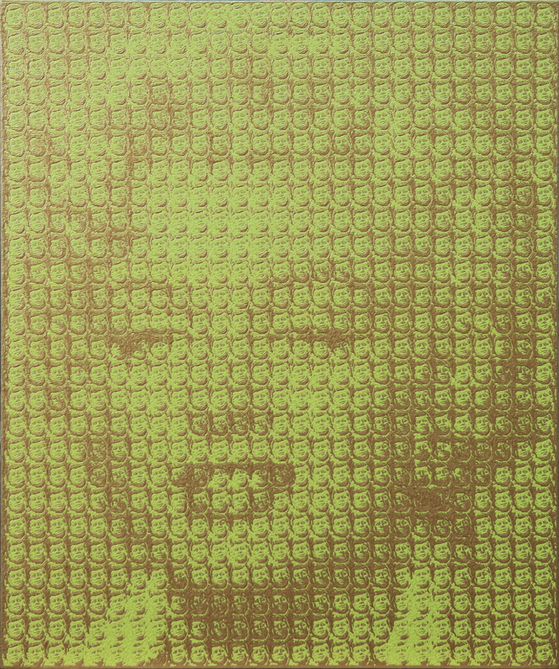 
“When I met artist Kim Dong Yoo for the first time, he was working on paintings in an animal pen in the countryside of South Chungcheong instead of in a studio, because he could not afford one. Even now, I burst into tears when I recall the scene. I introduced the artist to Christies’ Hong Kong and then, at the auction house’s sale in 2006, his painting ‘Marilyn Monroe v.s. Chairman Mao’ fetched a price 25 times higher than the estimate — then a record price for a Korean artist at a foreign auction.”

This is what Lee Hwaik, 64, founder and head of Lee Hwaik Gallery, said during last week’s press preview of a special exhibition that celebrates the 20th anniversary of the medium-sized but influential Korean gallery. Kim, 56, is now one of the most popular Korean artists in foreign art markets, with his meticulous paintings of “double images,” in which a celebrity’s iconic portrait is composed of hundreds of tiny portraits of another famous figure.

The two-part special exhibition features 24 artists who have exclusive contracts or have worked with the gallery. Part one, which runs through the end of this month, features 12 artists who were born in or before 1968, including Yoon Byung-rock, well-known for his hyperrealistic apple paintings, and famous abstract artist Lee Kangso, as well as Kim. 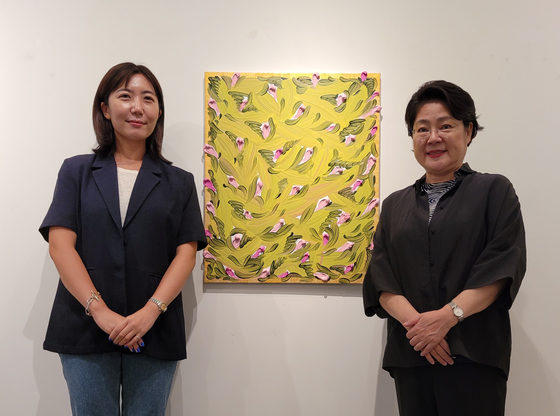 Lee Hwaik, right, founder and head of Lee Hwaik Gallery, and artist Kim Mee-young, who will participate in the second part of the gallery's special exhibition to celebrate the 20th anniversary pose with Kim's painting at the gallery in central Seoul on Aug. 18. [MOON SO-YOUNG]


After working as a curator at the National Museum of Modern and Contemporary Art (MMCA) and director of Gallery Hyundai, one of Korea’s top galleries, Lee opened her own small gallery in Insa-dong, central Seoul, in September, 2001 and relocated it to Songhyeong-dong, which is regarded part of the Samcheong-dong art zone, in 2005.

“Based on my experience at the MMCA and Gallery Hyundai, I concluded I have to pioneer overseas markets to help Korean artists, because the local market is small,” she said. “I have participated in various foreign art fairs including ‘Abu Dhabi Art,’ ‘Art Stage Singapore,’ ‘ART London’ and ‘Art Central Hong Kong.’ " 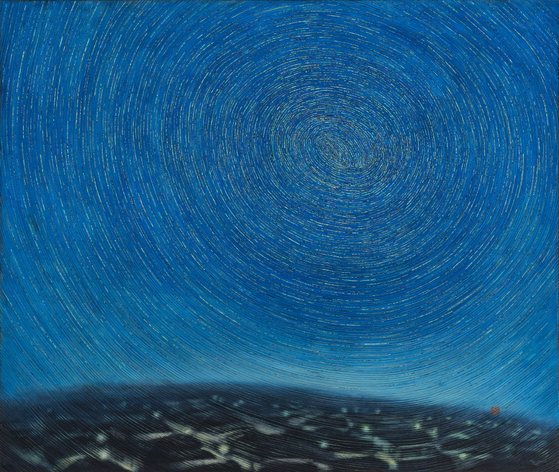 
Among them, the Abu Dhabi Art fair in particular has offered many new opportunities to Korean artists, as seen in the case of Kim Duck Yong whose flat works that use jagae, or iridescent mother-of-pearl of shells, has been gaining great popularity there. Kim also presents a work in this exhibition.

“It is my greatest pleasure to participate in and contribute to the history and future of Korean artists like this,” Lee said.