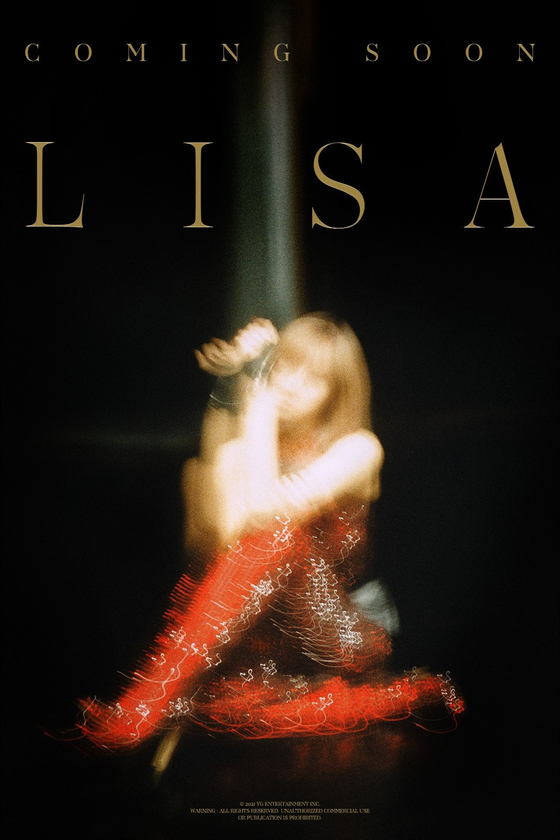 Girl group Blackpink’s Lisa is ready to go solo, according to the group’s agency YG Entertainment on Monday.

She is the group's third member to make a solo debut after Jennie and Rosé.

The agency shared a “Coming Soon” poster with a blurry photo of Lisa wearing red clothes through its official blog.

Lisa recently filmed for her music video, but no other information about Lisa’s solo work has been released yet.

“Since the other two members who went solo have been setting many records in the global music scene as they released their work, people are waiting to see how Lisa will do solo,” said YG Entertainment.

“Among all K-pop artists, Lisa has the largest number of followers on Instagram, over 57.7 million, and her YouTube channel Lili’s Film has over 8 million subscribers.”