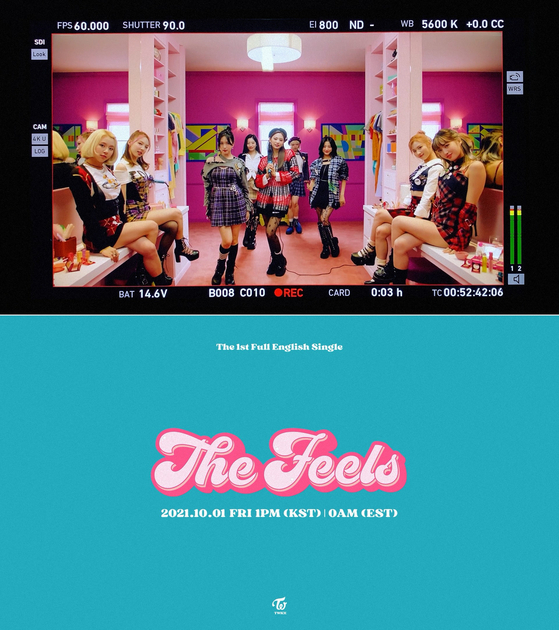 Girl group Twice will drop its first-ever English single “The Feels” on Oct. 1, according to its agency JYP Entertainment on Monday.

The agency posted a trailer video on the girl group’s official social media channels which shows the nine members posing on the set of the music video for the track.

Although it is the first time for the group to release an English song, it had previously released English versions of its hits including “More & More” (2020), the lead song of its ninth EP, and “I Can’t Stop Me” (2020), the lead track of its second regular album “Eyes Wide Open.”