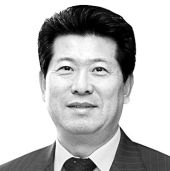 Hong Yun-oh
The author, a former PR officer at the National Assembly, is the chief editor of the Korea Specialty Contractors Association Journal.

The Taliban have once again dominated Afghanistan. It’s been 20 years since the fall of Kabul after 9/11 terrorist attacks. I have mixed feelings about the situation as I was the first Korean reporter covering the Afghan war at the time.

On November 15, 2001, the day after the capture of Kabul, I entered Jalalabad through Khyber Pass from Peshawar, Pakistan with 500 Mujahedin fighters led by exiled warlord Haji Abdul Qadeer, who was later assassinated while serving as the vice president. While covering the war in Kabul, I saw four foreign reporters murdered. I was standing between life and death as bombing continued through the night at the border. It was the most turbulent time of my life. I can never forget the night sky in the rocky desert.

Islamic democratic revolutions spread through the Middle East in the following decade. In 2011, I visited the scene as a freelancer and published a book entitled “Afghan Blues.” Then U.S. President Barack Obama wanted to declare an end to the war in Afghanistan. However, I predicted that the war was not over. I expected a second or third Taliban, or other extremist groups, would rise. Nothing is free in life, and liberal democracy and prosperity don’t come easy.

In fact, nothing has changed. Wars only break out in poor countries, and journalists from rich countries cover and report them from their perspective. The incompetent president fled with bundles of cash and justified himself by saying it was to prevent bloodshed. If you do not have the willingness to stand up on your own, you cannot free yourself. U.S. President Joe Biden said that the Afghan government voluntarily gave up the chance to decide its own future even as America spent $1 trillion there over the last 20 years. 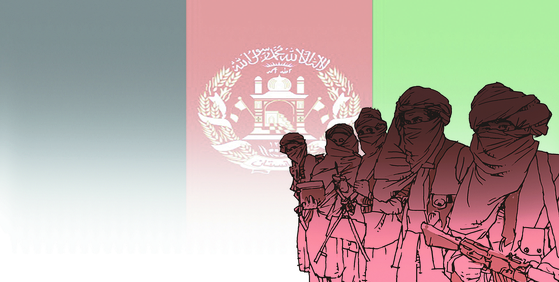 Having experienced Afghanistan as a war correspondent, hashtags on my mind are #Korean_War, #Taliban_tyranny, #tragicExtremism, #incompetent_dysfunctoinal_government, and #StarvingChildren. The Korean War was the first thing that came to mind watching the news from Afghanistan. In the battlefield, human rights, humanitarianism, and even human life are vain stories. The war in Afghanistan continues even today.

Koreans engaged in the independence movement and established a provisional government while under Japanese occupation. After liberation, Koreans united to achieve industrialization and democratization at the same time. History repeats itself. On Korea’s Liberation Day on August 15 — when the remains of the great independence fighter Hong Beom-do returned — we saw the fall of Afghanistan’s democratic government. I thought that betrayers and patriots, corrupt officials and civil servants should be distinguished.

When I asked the Afghan people, who had just been liberated from the oppressive Taliban rule 20 years ago, what they did for living, they all said they were jobless. They said they would welcome whoever came, as they were all occupation forces. Afghanistan is going back to the land of barbarism and oppression, covered by the burqa. While they purge American collaborators, there must be opportunists who are good at changing positions.

In retrospect, the U.S. should have been more active in reconstructing Afghanistan, especially in education and economic rebuilding. Concession and tolerance are said to be the only way to keep astronomical war cost and unjust deaths from being in vain. Furthermore, as a democratic government was established in Afghanistan two decades ago, the Taliban also should have been allowed to join in the government anyway.

What would the Pashtun boy covered in dust and begging in the refugee camps or on the desert road be doing now? I may have seen him in the crowd in the market in Kabul or the crowd hanging on the wheels of the American transport plane.

Is the war waged in the name of “Enduring Freedom” really ending now? I cannot dispel heart brokenness about Afghanistan.