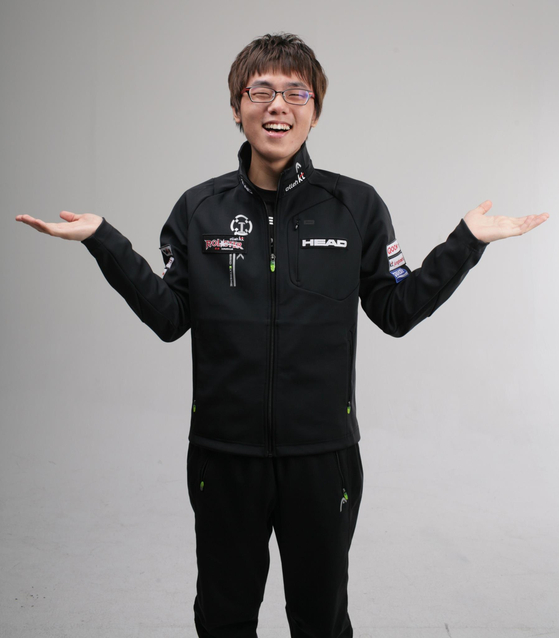 Violet made his pro debut in 2007, when he was signed by KT — then called the KTF MagicNs — as the club's first pick in the 2007 2H Draft. His first game in Proleague came three months later, against the Air Force ACE's Lee "OversKy" Joo-yeong. He lost that match in unceremonious fashion.

It took a while for Violet's career to take off. Until early 2009, he lost most of his televised matches, rarely showing much promise despite receiving somewhat decent playtime.

After a lackluster first two years, however, Violet started to realize his potential. In the tail end of the 08-09 Shinhan Bank Proleague season, he racked up a whopping 12-3 record that involved an incredible nine-win streak. His belated breakout performance established him as the MagicNs' new Protoss ace.

In the 09-10 season, Violet became an instrumental part of the newly renamed KT Rolster, leading his team to the top of the table by going 7-0 in Round 1, then keeping up good form throughout the rest of the regular season to help KT secure a first-place finish, seeding them directly into the playoff finals.

Violet was chosen to lead off for KT in the grand finals against perennial rivals SK Telecom T1, and delivered on the team's faith in him by scoring a win against Ko "Canata" In-kyu. His victory set the tone for the night, and a few hours later, his club claimed their first-ever Proleague title. Going into the 10-11 season, he was named as the team's new captain.

The following year saw his performance drop off a bit with short but sharp slumps, but Violet remained an integral part of the roster, and returned to top form by January 2011. On Jan. 17, he went 3-1 against Hwaseung Oz in a best-of-seven, winner-stays-on match; on Jan. 23, he again went 3-1 against STX SouL.

His display against STX would be the final match of his career, however. On Jan. 27, it was reported that Violet had been urgently hospitalized due to acute lymphoblastic leukemia. The StarCraft community responded to the news by publicly sharing messages of support and pooling blood donations.

While his condition fluctuated, he continued to communicate with fans and teammates from the hospital even through chemotherapy sessions. At one point after a successful transplant, he felt well enough to pay visits to the KT team house and talk about potentially returning to the stage in 2012. KT had never removed Violet from their roster.

His health rapidly deteriorated the following year, however, and by August he was in critical condition. He passed away on Aug. 23, and his funeral was held for two days at The Catholic University of Korea Seoul St. Mary's Hospital in southern Seoul.

On the 25th, Violet's hearse parked outside the KT team house one last time for five minutes, then headed to Suwon for cremation. Teammate Kim "Stats" Dae-yeob carried the portrait of the deceased, while Lee "Flash" Young-ho carried the mortuary tablet.

The next day, KT Rolster players wore black ribbons and uniforms from the 09-10 season to their Proleague match against Woongjin Stars.

On Sept. 24, rock star and renowned StarCraft fan Park Wan-kyu released a single, "The Sky Full of Stars," commemorating Violet. Park had previously provided financial support to the player, asked members of his own fan club for blood donations, and held up signs wishing him well during matches at the Yongsan e-Sports Stadium.

On Oct. 10, 49 days after he passed away, KT staff and players visited the crematorium in Hwaseong, Gyeonggi, where Violet's ashes lay and gifted him a plaque of appreciation stating that he would "forever be a KT Rolster player." An award from the Korea e-Sports Association was also brought along.

Violet's death was the first for a star player in Korean esports, and served as a shocking reminder of human mortality to an industry and culture that was mostly run and defined by idealism and youth. Nine years have gone by since he left, but the echoes of his departure can still be felt. This heartfelt memorial from foreign StarCraft forum TeamLiquid, posted shortly after his passing, perhaps captures it best.

"The impact you've had transcends the games you played or the championship teams you were a part of... your fight against leukemia was an important reminder of the value of life to a community that tends to focus on the trivial and the abstract. The game we play is about attaining perfection, and as a pro gamer you fought for that standard in every match. Life is not like that, and that was something your struggle taught us.

"We hope that it gave you comfort to know that you had supporters not just in Korea, but in the United States, Canada, Australia, the UK, Germany, France, and so many other nations near and far."