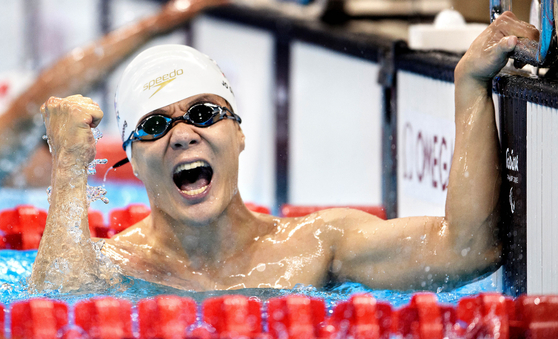 
A total of 86 Korean Paralympians are heading to Tokyo where they will join more than 4,000 competitors from around the world for the 2020 Games.

Korea ended the Tokyo Olympics two weeks ago with six gold, four silver and 10 bronze medals, landing at 16th place on the medal table. But rather than medals, news of the Games concentrated on celebrating the perseverance and skill of the individual athletes and their commitment and dedication.

If perseverance, skill, commitment and dedication are what Korean sport fans want, look no further than the Paralympics, where Team Korea’s superhuman athletes will defy overwhelming odds, personal tragedy and unbelievable obstacles to fly the flag for their country on the big stage.

Korea will compete in 14 of 22 Paralympic sports. With events divided not only by gender and weight class, but also by level and type of impairment, a total of 540 medal events will be contested in Tokyo.

Badminton and taekwondo join the Paralympics for the first time in Tokyo. Both are sports where Korea has a good chance of medaling, as the home of taekwondo and a major contender at the badminton para world championship. 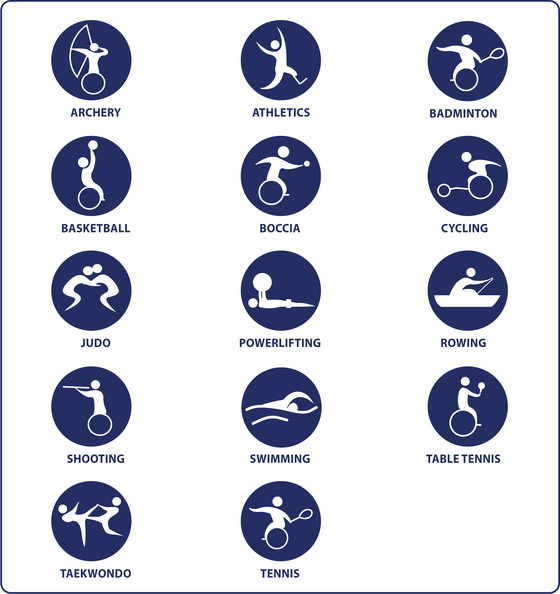 Korea’s archery prowess extends to the Paralympics, where it sits at third on the medal table with 16 golds. At the 2016 Rio Games, Team Korea won two bronze medals, while it took one gold and two silver medals at London 2012.

Archery is one of the oldest paralympic sports, having taken place at every Games since the first Paralympics in 1960, and even before that at the Stoke Mandeville Games, the predecessor to the Paralympics, from 1948.

Six archers, four women and two men have qualified to compete in Tokyo. Veteran archers Kim Min-su and Kim Ok-geum  will both return at the Games, aiming for the bull’s eye and some more silverware. 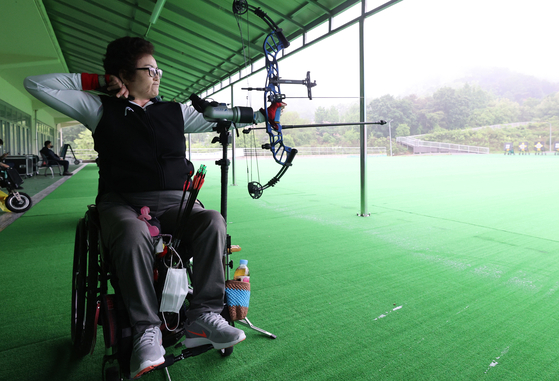 As with the Olympics, athletics is the heart of the Paralympics, with 174 medals available across three general disciplines: Track, field and marathon. Athletes compete in different classes according to how much their impairment affects their performance.

Two Koreans will hunt for some silverware in on the track, where the variety of events include the use of guide runners for athletes with visual impairmants, prostheses for runners with physical impairments and wheelchairs.

Both Jeon Min-jae and Yoo Byoung-hoon will return for their fourth Paralympics in Tokyo. Jeon will compete in the women’s 100 and 200 meters, while Yoo will race in the men’s 100, 400 and 800 meters, as well as the marathon.

Like the Olympics, field events include the long jump, high jump, shot put, javelin and discus, as well as the Paralympics-specific club throw.

Badminton makes its Paralympic debut at Tokyo where a total of 90 players will compete for 14 gold medals. Athletes are divided into six classes, two wheelchair classes and four standing classes.

Korea has high hopes for badminton at the 2020 Games. Lee Sam-seop, who will compete in the men’s single wheelchair event in Tokyo, won multiple medals at the 2015 world championships, where he was also named most outstanding player by the Badminton World Federation.

Now in his mid-40s, Lee heads to Tokyo having just picked up medals in both the singles and doubles events at the Spanish Para Badminton International 2021 in May. Alongside Lee, six other Koreans will attempt to smash their way to the podium. 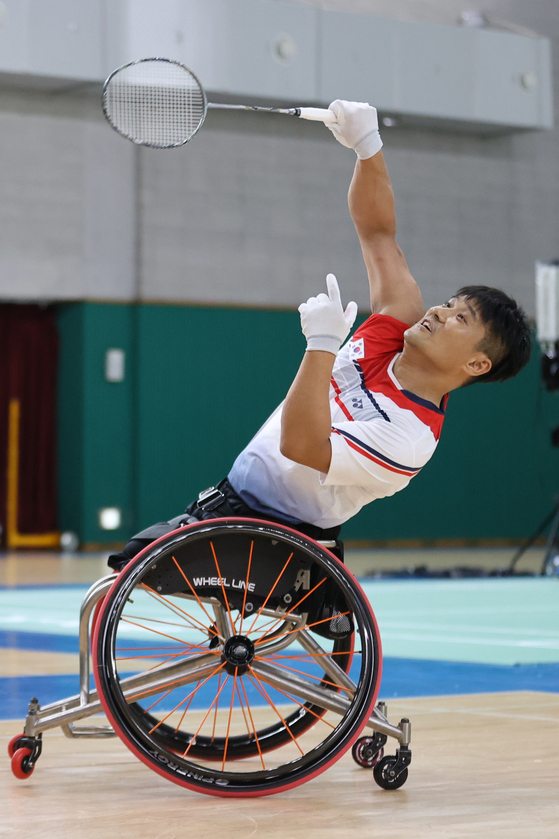 Unlike other Paralympic sports where athletes compete in different events based on impairment, wheelchair basketball teams are made up of players with a variety of physical impairments graded from 1.0 to 4.5, with 4.5 being the lowest level of impairment. The five players on the court at any time combined cannot be graded above 14.

Korea’s 12-man squad includes veteran Kim Ho-yong, who participated at the 2000 Sydney Paralympics, and all-around sportsman Lee Chi-won, who competed in the alpine skiing event at the 2018 Paralympics.

Korea’s veteran boccia players will be looking for the country’s 10th gold medal in the sport. Korea is a boccia powerhouse, and has won gold at the last eight Paralympics, starting with the 1988 Seoul Games.

One of two sports that are unique to the Paralympics, boccia is similar to the winter Olympic sport of curling in that players throw six balls at a white target ball called the jack, and the team, pair or individual that finishes the ball closest to the jack scores at each end.

There are a total of seven events depending on physical impairment and number of players.

Athletes in the BC 3 class with impairments to all four limbs are allowed to use a ramp to roll the ball with the help of an assistant. Four assistants will appear alongside the three Koreans competing in the BC 3 class. Four other Korean athletes will compete in the BC 1 class.

Three Korea cyclists will be competing in the road racing events at the 2020 Tokyo Games, with a total of 34 gold medals available across all distances and classes.

Though the first cyclist to reach the finish line wins the race, other specifics like the distance of race events are determined by class and sometimes when different classes compete with each other, officials calculate the results again factoring in the impairments. Athletes must know the course to determine which techniques to use to up their speed.

Rio Paralympics silver medalist Lee Do-yeon will  be returning for her third Paralympics in a row, having also competed in a number of cross-country skiing races at the 2018 PyeongChang Winter Paralympics, alongside Lee Gyeong-hwa and 2018 Asian Para Games two-time gold medalist Yoon Yeo-keun.

Korea first medaled in judo at the 1988 Seoul Paralympics and has not missed out on a medal ever since.

This time around, Team Korea is sending a two-man team that is stronger than ever, with world No. 1 Lee Jung-min in the men’s under 81 kilogram and No. 4 Choi Gwang-geun in the men’s over 100 kilogram.

Lee won a silver medal at the 2016 Rio Games, while Choi took home gold both in Rio and at the London 2012 Games.

Judo at the Paralympics is exclusively for visually impaired athletes, with three sight classes within each weight category.

Unlike other judo contests, judokas competing at the Paralympics have to grip their opponent’s uniform before the match starts and must hold on until it is finished.

Powerlifting is, rather appropriately, another sport that Korea is strong in, winning five gold medals straight since the 1988 Seoul Games.

Powerlifting tests upper body strength as athletes lie on their backs in a bench press position to lift weights.

The sport is open to a variety of impairments, with athletes needing to be able to raise their arms within 20 degrees of fully extended for the lift to count. Like in the Olympics, athletes compete in different weight categories and are not separated into different sport classes based on impairment.

Korea is sending five powerlifters to Tokyo, two men and three women. Chun Keun-bae is the only medalist of the group, having won the bronze medal in the men’s over 100 kilograms at the London 2012 Games. Chun will become a three-time Paralympian in Tokyo.

Rowing is a relatively recent addition to the Paralympics, having debuted at the 2008 Beijing Games with a 1,000-meter long race. That distance has now doubled to 2,000 meters.

Team Korea is sending a one-woman rowing squad, with Kim Se-jeong set to become a two-time Paralympian in Tokyo. 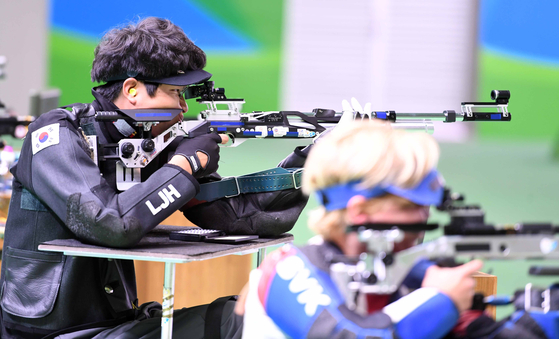 
Korea’s marksmen and women are ready once again to show off some shooting skills at the Tokyo Paralympics.

Team Korea is hoping to repeat that success in Tokyo.

The team arrives in Japan after a successful Lima 2021 World Shooting Para Sport World Cup in Peru, where it won three gold and three silver.
Eight men and four women will be representing Korea at the Tokyo Games.

Like athletics, swimming is one of the most popular events at the Paralympics and was one of the eight sports contested at the inaugural 1960 Paralympic Games.

At the Games, swimmers start their races in different ways that are adjusted depending on their impairments. Some swimmers will start in the water instead of on a platform and  belts may be used at the start of a backstroke race if the athlete cannot hold on to the side. Special lane ropes are used to guide visually impaired swimmers.

Korea’s Jo Gi-seong is one of most decorated swimmers of recent years, having burst onto the scene at the 2016 Rio Paralympics where he took home gold medals in the men’s 50 meter, 100 meter and 200 meter freestyle races. 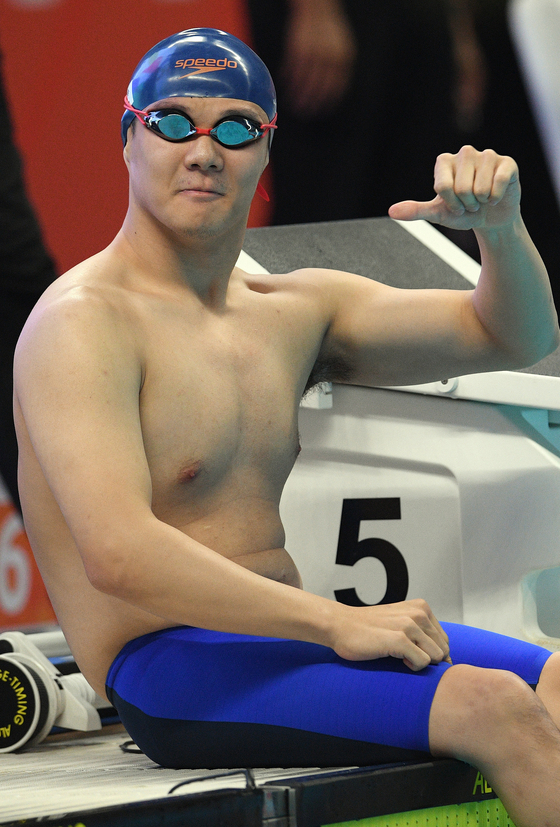 Korea is sending a 19-person squad to compete in the table tennis competition at the Tokyo Paralympics.

There are 31 separate medal events in Paralympic table tennis, with men’s and women’s individual and team events divided across a large number of impairment classes.

Kim Young-gun will become a five-time Paralympian in Tokyo and, if he medals, he will add to the four gold medals and one silver medal already to his name.

Several other big names in Team Korea include Kim Jung-gil, Seo Su-yeon, Joo young-dae and Jung Young-a, all of whom have already won multiple Paralympic medals.

Taekwondo is one of the two new Paralympic sports added to the 2020 Tokyo Games, alongside badminton.

Of the two disciplines in Para taekwondo, only the kyorugi discipline, where one practitioner fights another, will be competed at the Tokyo Games.

Matches will take place in the same kind of octagonal contest area as taekwondo at the Olympics and in three rounds of two minutes.

Joo Jeong-hun, who won silver at the 5th Asian Para Taekwondo Open Championships in Amman, Jordan, in 2019, will become Korea’s first taekwondo Paralympian, competing in the men’s under 75-kilogram weight class in Tokyo.

Quad players have an impairment that affects three or more limbs and can use a powered chair or tape their racket to their arm.

In wheelchair tennis, the matches are played in a best of three format but the same court, balls and rackets are used for each game. Unlike tennis, the ball can bounce twice during play.

Oh will compete at his third Paralympics in Tokyo and Im at his second. Both Kim Myung-je and Kim Kyu-seung will look to build on their medals at the 2018 Asian Para Games. 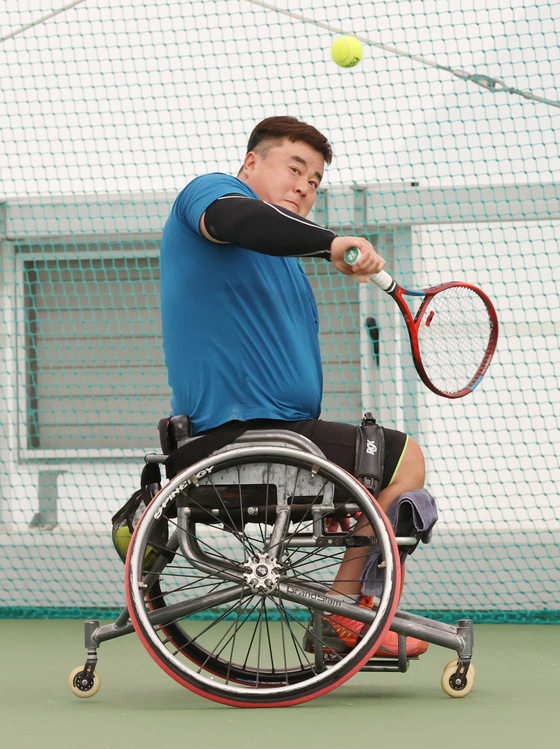