Can't fly to Hawaii? Use mileage points for a staycation.

Can't fly to Hawaii? Use mileage points for a staycation. 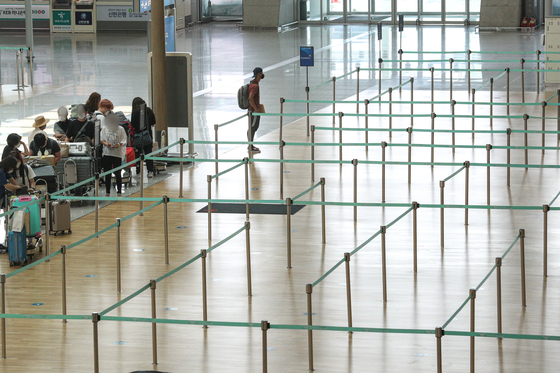 
Airlines are encouraging customers to use their rewards points by expanding the types of goods and services that can be bought with the unused mileage.

You can now get everything from fried chicken to a night at the Hotel Shilla with points.

Airlines say the promotions are designed to give more options to people that struggle to use rewards points amid Covid-19, which has limited international travel.

The quick exhaustion of mileage is also helpful to carries, because mileage is recognized as a liability on their books.

It costs 600 rewards points to subscribe to the Naver service, and it is available the through the end of this month.

It costs between 50,000 mileages to 75,000 mileage points to book a night at one of the hotels, including a breakfast. For that number of points, a round trip ticket to Japan could be purchased during peak season.

The hotel offerings are available through Oct. 30.

Asiana Airlines chose products and services that can be used more in daily lives.

In June, the airline raised the accessibility of Weekly Deals, a voucher service run by Asiana Airlines, to allow its customers to purchase coupons for coffee, donuts, chicken and pizza.

Before, the service was only available on PC. It can now be accessed via an app.

Customers with Asiana Airlines mileage could buy Samsung Electronics household appliances this month. Around 40 types of products were available, including mobile phones, televisions and PCs.

But they were all sold out last week.

Theme park Everland Resort, Emart and the CGV movie theater chain are few other places where Asiana Airlines mileage can be spent.

“The flight operation rate is still very low due to the Covid-19,” said Choi Jong-yun a spokesperson for Asiana Airlines. “So too many mileage points have been left unused, and we are trying to give more options to customers on where they can spend those points.”

Mileage points are booked as liabilities on the balance sheets of airlines. They are considered debt, or deferred revenue, in accounting.

Korean Air Lines had 2.48 trillion won in deferred revenue in 2020, up 2.43 percent on year, according to a report from local media outlet Chosunbiz. In the same period, deferred revenue at Asiana Airlines jumped 10.4 percent to 889 billion won.