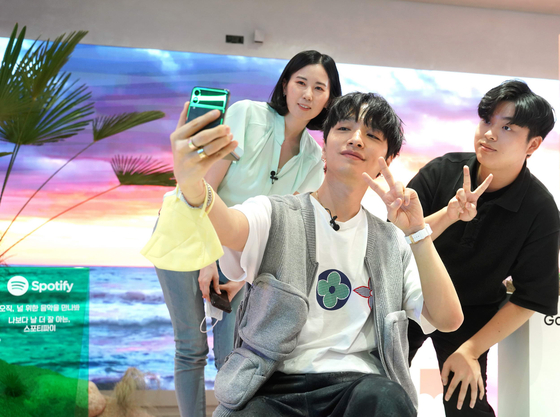 
Samsung's two new foldable phones got 10 times the advance orders of the last such model.

Around 600,000 Galaxy Z Flip 3 and Galaxy Z Fold 3s were ordered between Aug. 17 and 23, according to SK Telecom, KT and LG U+ on Tuesday. Including phones sold directly by Samsung Electronics, the total comes to over 800,000

“The Galaxy Z Fold 3 and Galaxy Z Flip 3 models recorded a higher preorder number than any other Samsung Electronics flagship product in the past from the Galaxy S and Galaxy Note series,” SK Telecom said.

The three telecom companies started signing up foldable customers to payment plans on Tuesday. According to KT, around 60 percent of its orders were made by people in their 30s to 40s and 71 percent were for the Galaxy Z Flip 3, the cheaper model.

Sixty percent of all orders were from people in their 30s and 40s. 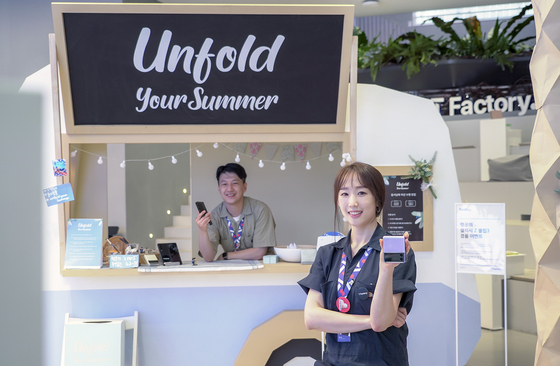 SK Telecom opened up a T Factory "experience zone" in Hongdae, western Seoul, where visitors could try out the new foldables. The zone will be open until Aug. 27.

LG U+ invited rapper Simon Dominic to its Daily Teum "culture space" in Gangnam on Monday evening to escort 34-year-old Min Hye-rim, the first customer to sign a payment plan, to a party. The second customer, 24-year-old Ryu Si-hyeon, also took part in the party and was given a ticket to hip-hop label AOMG’s upcoming online concert.

Samsung introduced the new models on Aug. 11 promising that they will be more durable and affordable than previous foldables. The Z Fold 3 starts from $1,799.99 compared to the Fold 2’s $1,999.99.