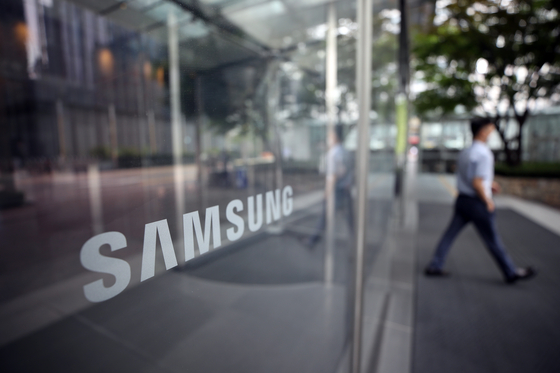 Some 180 trillion won will be invested in Korea and the rest outside. A spokesperson for Samsung Electronics said the investment includes mergers and acquisitions and emphasized that the company is on the lookout for “M&As of a significant size.”


The amount is 33.3 percent larger than in the previous three-year investment plan announced in 2018.


The electronics maker didn’t provide a breakdown of investment and only listed its areas of focus: semiconductors, next-generation telecom technologies, biopharmaceuticals and high-tech.

Analysts expect the largest portion to go into semiconductors based on recent trends at Samsung and a prolonged global shortage of chips. A planned $17 billion investment in the United States to build a new chip-making plant will be part of the proposal.

The electronics giant will focus on development of a next-generation NAND Flash memory product by stacking 200 layers or more.

As for system chips, Samsung is expected to zero in on developing chips using the 3 nanometer process. Both Taiwan’s TSMC and Samsung are competing to mass produce 3 nanometer chips by 2022.

The company said wireless network technologies are another major focus, and said it will invest in research and development of 5G and even 6G.

The bio industry is another focus as the company owns a 31.49 percent stake in Samsung Biologics, a biosimilar company.

Under the investment plan, Samsung Biologics will build its fifth and sixth plants in a bid to become the world’s largest contract manufacturer of biosimilars.

In  high-tech areas, Samsung aims to take the development of robotics, artificial intelligence, electric vehicle batteries and high-resolution displays to a new level.

It mentioned solid-state batteries, a EV battery type that is lighter and offers higher range than lithium-ion batteries, and quantum-dot displays as major investment areas.


Samsung watchers say that the spending will primarily come from the company’s cash reserves, which amounted to 124.7 trillion won as of the end of last year.

Total assets including properties and securities totaled 384.8 trillion won as of June.

The planned investment is the first major announcement made by Samsung Electronics since Lee’s parole.

“Lee had taken the lead in confirming the three-year plan as he went straight to the Seocho office right after his release,” said a source with the knowledge of the matter.

“Lee also held a meeting with key executives from the semiconductor division and other businesses to complete the investment proposal,” the source said.

The move follows Samsung’s May announcement that it plans to spend 171 trillion won to ramp up production of microprocessors by 2030.

The spokesperson said that the two announcements are not totally separate, but declined to specify how much of the first amount will become a part of the three-year investment.