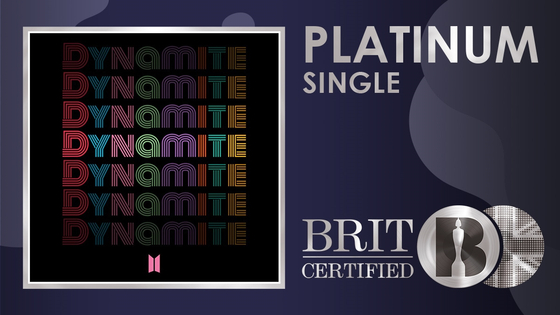 “Dynamite” was released in August of 2020 and reached No. 3 on the UK Singles Chart, the highest rank achieved by BTS on the chart.

“Butter” surpassed 100 million streams and was certified platinum by the Recording Industry Association of Japan on Tuesday, only 72 days after it dropped in May; the fastest record in the association’s history.

Every month, the association announces a list of songs that have been certified based on the accumulated number of streams: silver for 30 million, gold for 50 million, platinum for 100 million and diamond for 500 million.