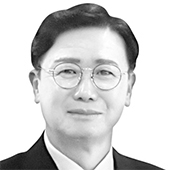 The author, a retired admiral, is a member of the defense division of the JoongAng Ilbo’s Reset Korea Campaign.


Sexual misconduct and lack of discipline in the military create critical issues not only for the individual victims but also for the combat strength of the armed forces. Sexual assault cases happen in the society. But sexual incidents in the military lead to more serious problems as victims may be more appalled by the harassers than the enemies.

Military discipline on sexual behavior must be reinforced because disorderly behavior not only destroys the life of the victim but also weakens combat capability. Therefore, sexual assaults in the military should be more seriously handled than incidents in the society.

Why is the sexual discipline issue in the military covered up? As the military has a strict hierarchy, it is not easy for subordinates to reject the demands of their superiors. Especially female soldiers find themselves in uncomfortable positions. In the hierarchal structure where promotion and posting are linked, some may be worried of possible disadvantage. Also, the victims could suffer negative rumors in the communal military life. Some are even tempted to make the extreme choice of taking own life. When an incident arises, involved people would cover up, reduce or transfer responsibility between superiors and subordinates out of fear of punishment, leading to division in the ranks. 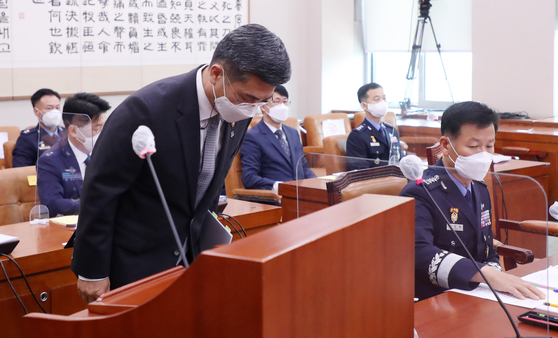 Appearing to a meeting of the National Assembly on June 10, Defense Minister Suh Wook apologized for the suicide of a female sergeant following sexual assault in the Air Force. [OH JONG-TAEK]

To reestablish sexual discipline in the military, overall education system should be overhauled. As the mandatory education in the military is less effective, a thorough and detailed education instead of some superficial lessons is required. The education needs to start from the initial stage of the military career and should be provided by professionals. Although group training on the base level is important, education for the soldiers in the lower ranks, where soldiers serve in small units, should be strengthened. Recent cases in the Navy and Air Force occurred in small bases. Unprofessional education by commanders or superiors only aggravates the problem, as the case in the Army 22nd Division illustrated. Even when commanders lack awareness of the law and order, providing education based on simple common sense is very dangerous.

Secondly, a reliable reporting system should be established. Few soldiers trust the reporting system in the military as reports could be ignored or distorted in the process. Also, they are worried of the disadvantages from reporting. The deaths of the female noncommissioned officers in the Air Force and Navy revealed such intrinsic problems in the reporting system and handling process.

Today, soldiers have smartphones while in service. I propose a smartphone app for reporting sexual assaults and human rights violations so that soldiers can directly report them to the authorities, including the military headquarters or the Defense Ministry. As sexual and human rights issues should be kept confidential, there should be a system where reliable organizations take an action.

Lastly, they must not try to cover up cases. When a sexual discipline issue arises in the military, commanders first worry about being punished and reprimanded for failing to manage their units. As a result, they are tempted to cover up or reduce the case. Punishing the commander first can hardly solve the problem. Even if there is a sexual assault case, the commander should not be punished if he or she had provided appropriate education and prevention measures in advance. Individuals must be held accountable for problems that occur even with proper commanding activities.

Preaching but not practicing