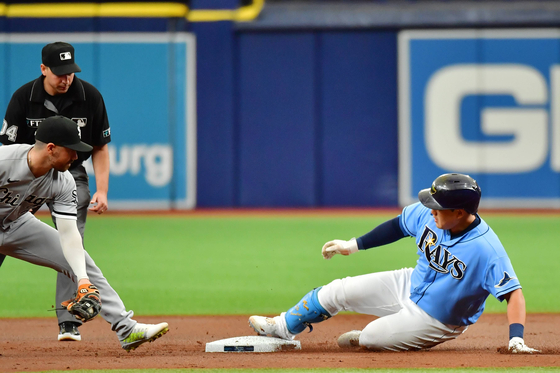 Choi Ji-man of the Tampa Bay Rays slides into second after hitting a double at Tropicana Field in St Petersburg, Florida on Sunday. [AFP/YONHAP]


Choi Ji-man of the Tampa Bay Rays is likely to be placed on the 10-day injured list (IL) as he continues to struggle with tightness in his left hamstring.

Choi hit a double and then came around to score in the first inning of the Rays' 9-0 win over the Chicago White Sox on Sunday. He appeared to hurt his hamstring while running the bases, and was taken out for the rest of the game.

As of press time Tuesday, no decision had been made as to whether Choi would be sent to the IL, but multiple reports suggest that it is highly likely.

If Choi is sent to the IL, the Rays will be able to quickly replace him with Nelson Cruz, who was placed on the Covid-related injury list on Sunday, but has already tested negative for the virus.

Concerns about fitness have plagued the Korean slugger this season, with this latest trip to the IL his third of the season. Knee problems during spring training forced Choi to undergo surgery, taking him out of the early weeks of the season. Choi joined the club on May 16, but then ended up on the IL again, this time with a groin strain, in June.

While Choi looks set to sit out a few games, Kim Kwang-hyun of the St. Louis Cardinals has been activated off the IL and will spend a few games in the bullpen as he continues to rehabilitate from an elbow injury. 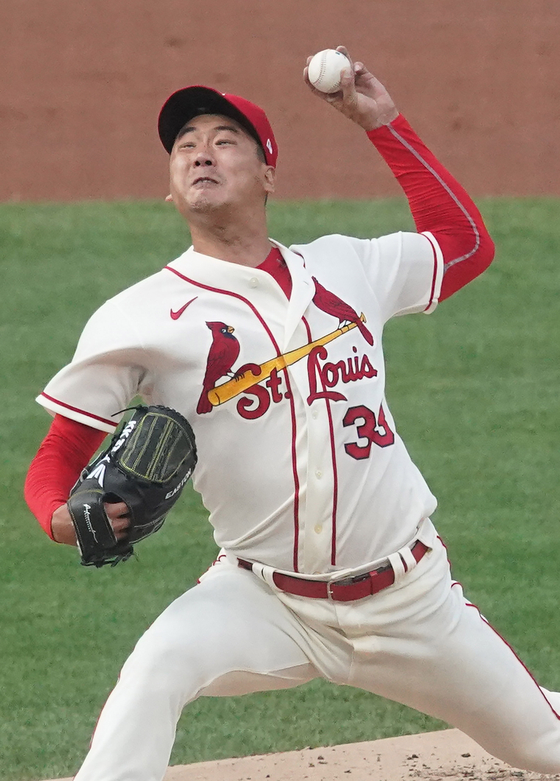 Kim Kwang-hyun of the St. Louis Cardinals delivers a pitch to the Kansas City Royals at Busch Stadium in St. Louis on Aug. 7. [UPI/YONHAP]


Kim was placed on the 10-day IL on Aug. 9 with elbow inflammation. His elbow had reportedly been bothering him for a few weeks, forcing the Cardinals to give him an extended rest between starts, sitting out of the rotation for nine days. When that didn't do the trick and help the southpaw recover, Kim was placed on the IL.

Kim has now been activated and, according to manager Mike Shildt, will now spend some time in the bullpen as he continues to build up his strength, noting that Kim could immediately start pitching in multi-inning relief slots.

Kim has also been out with an injury three times this season. Back ailments delayed his start to the season and then forced him to miss a start with a brief stint on the IL in June. Despite those issues, Kim has avoided the bullpen since his very first game with the Cardinals, starting 26 of his 27 games with the club.

Choi and Kim are not the only Korean players that could be seeing a change of scenery in the next few days. According to reports Yang Hyeon-jong of the minor league Round Rock Express was called out the stadium during a game on Monday, potentially signaling that he has been called back up to the Texas Rangers, who are currently struggling with a Covid-19 outbreak.

It has been 74 days since Yang last appeared with the Rangers. He was sent down to the minors in June after a series of disappointing outings saw his ERA jump up to 5.59.