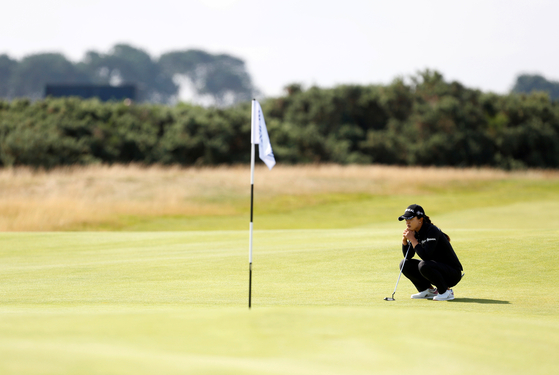 Kim Sei-young checks the green during the second round of the AIG Women's Open in Carnoustie, Scotland on Friday. [REUTERS/YONHAP]


Golf is a notoriously fickle game, and the failure of Korea's top golfers to win an LPGA major for the first time in 11 years this season proves it. But it could also prove something else: That the heyday of Korean women's golf is coming to an end.

On Sunday, Korean golfers left the AIG Women's Open, the last major tournament, without any silverware. All 14 Koreans fell out of contention on the final day.

Kim Sei-young topped the Korean leaderboard with a tied for 13th finish. Kim had a good start, tying for first on the first day, then fell two spots on the second day. After scoring even-par on moving day, Kim was tied at eighth and in the final round, she completely fell out of contention to finish tied for 13th.

Despite a competitive field, that none of the Korean golfers were able to reach the top 10 is something of a wakeup call for Korean golf.

Women's golf started to grow popular in Korea in 1998, when Pak Se-ri won the U.S. Women's Open and the LPGA Championship. Pak piled up the major victories over the next decade, and in 2008, Park In-bee and Shin Ji-yai each got their first major wins. After that, the wins kept piling up.

Koreans have won at least one major tournament every year since 2011. In 2013, 2015, 2017 and 2019, Korean golfers won three major titles out of the five available. Last year, Lee Mi-rim, Kim A-lim and Kim Sei-young combined to win three of the four major titles played in the Covid-19 stricken season. 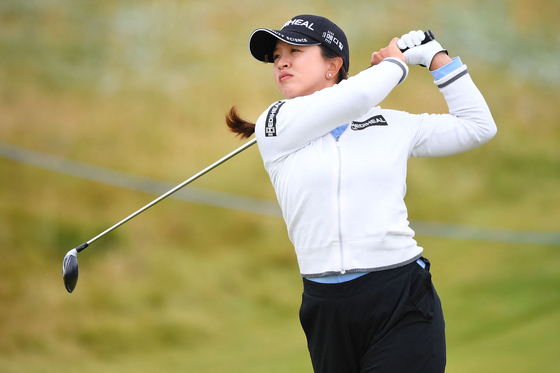 Kim Sei-young watches her drive from the fifth tee during round three of the 45th AIG Women's Open at Carnoustie, Scotland on Saturady. [AFP/YONHAP]

The lackluster performance of Korean golfers on the LPGA Tour this year may be attributed to multiple things, not least of which is that Covid-19 has hindered international training. For the past two years, golfers were kept from training overseas and frequent quarantines interfered with fitness regimes.

But more importantly, it reflects the growth of Korea's domestic golf tour KLPGA. Until recently, it was a given that the top KLPGA golfers advance to the LPGA Tour. But now, the KLPGA has a bigger field and a big enough purse that golfers do not always feel the need to make the move to the United States.

Also, the best players on the KLPGA Tour may not be the best on the LPGA Tour any more. LPGA courses are designed to encourage an aggressive style of play with longer driving distances and shooting across hazards to reduce the number of strokes.

On Korean golf courses, a poorly hit driver shot may easily go out of bounds to an unplayable area, incurring two penalty shots. On the LPGA Tour, the same area may be deemed a hazard, but still playable, incurring one penalty shot.

In other words, golfers on the KLPGA Tour are trained to look for accuracy rather than distance. But more and more, international golf courses are starting to work favorably for golfers who prioritize power over accuracy.