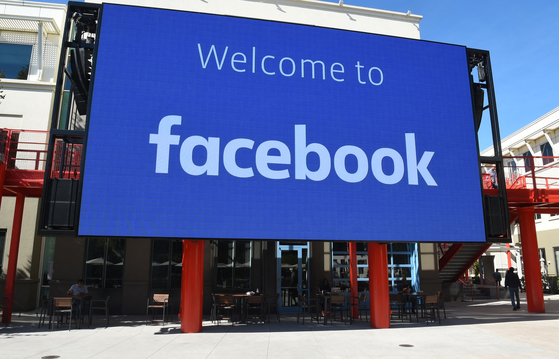 This was a preliminary result of an investigation conducted by the Personal Information Protection Commission (PIPC), a central administrative agency under the prime minister.

Of the 6.47 billion won, 6.44 billion won was a fine for unauthorized use of image information for its automated face recognition feature in photos.
“For new members joining Facebook between April 2019 and September 2019, the company preset consent for the face recognition,” said an official at the PIPC.

“Then, the users were denied a link that could reject the request on their settings,” he said.

Facebook denied the accusation that it failed to obtain approval for deploying the information.
“We did obtain consent from people to use facial recognition on our services. However, the PIPC has determined that the control setting for face recognition may have been misunderstood by some people,” a spokesperson for Facebook said.


“In fact, we've always given people the option to turn off facial recognition on Facebook, and two years ago, changed this feature to opt-in only. We regularly take steps to give people more transparency and control over their information, and we'll continue to work with the PIPC as part of that process,” the spokesperson said.

The remaining 26 million won fine was imposed for collecting resident registration numbers in an illicit manner and not informing users of changes to management of user privacy.

Netflix was fined 220 million won for collecting private information without consent and another 3.2 million won for failing to notify users that their data will go across borders.

The streaming giant said that it has corrected all lapses mentioned by the regulator, and promised stricter compliance with Korea's privacy laws.
“We’ve voluntarily sorted out the problematic points raised by the PIPC,” Netflix said in a statement.
“Netflix will continue to make best efforts to protect personal information in accordance with privacy protection laws,” it stated.

The government also ordered Google to notify users when it changes locations for their personal data management, although no fine was levied.

The official from the PIPC said that the investigation is not complete and the regulator will continue to look into the tech companies’ compliance with privacy laws.