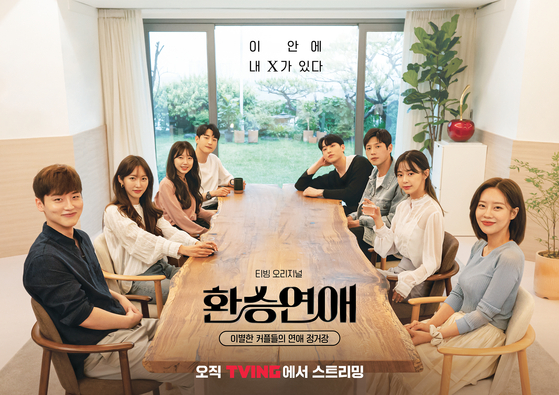 
Imagine your ex, whom you still have feelings for, immediately getting into a new relationship as soon as yours ended. Now, imagine being in that situation and it being broadcast on television.

Two new reality shows — “Transit Love” (translated) on Tving and “Change Days” on KakaoTV — are seeing success in viewership ratings by basing their formats on such nightmarish scenarios.

Prior to "Transit Love" and "Change Days," most dating reality shows in Korea have featured singletons trying to find their perfect match and build relationships with other participants who are also unattached and looking for love. 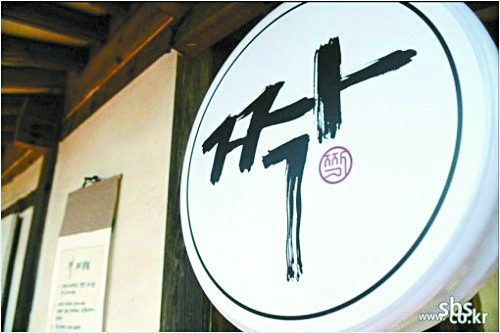 Korea’s representative dating show was SBS’s matchmaking program “Jjak” (2011-14) and saw massive success, acting as a matchmaker for members of the public. The show featured ten single men and women, who are brought together to live for weeks at a time, go on dates and get to know each other. The show was a huge success as it captured the cast members’ real emotions and the process of falling in love.


“Heart Signal” (2017-20), another dating reality show from Channel A, had basically the same format as “Jjak” but invited celebrities to a studio to make comments and analyze the participants’ behaviors in between the scenes.

“Transit Love” and “Change Days” have ditched the romantic clichés in favor of some drama.

On “Transit Love,” the participants are not strangers, but rather exes. Four pairs of ex-couples live under one roof, some of whom are hoping to reunite with their former flames and some who are ready to find romance with the other participants. This, of course, leads to plenty of fraught emotions and tension.

“Change Days" centers around three couples who are on the verge of breaking up. The participants openly share with the audience what troubles they are having with their partners and why they are considering ending their relationships. To “stimulate” the romance, the program pairs each participant with someone other than their partner to go on dates with. The series follows each of the participants as they try to see if the grass is really greener on the other side. Throughout the show the couples share a room and bed and at the end must decide whether to remain together or leave with another participant. 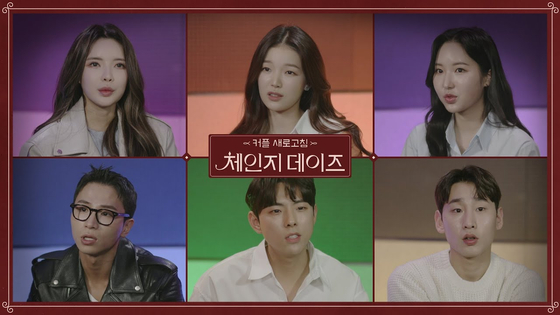 
“We were wondering, what if relationships could be reviewed and shared with others? That’s how we got the idea for the show,” said CJ ENM producer Lee Jin-joo about “Transit Love.”

“Out of the hundred people who were interested in starring on a dating reality show, after we revealed what 'Transit Love' was about, only about two to three people were left. We had to contact their ex-partners as well to persuade them to come on the show, which took over five months.

“We finally got couples with different characteristics because we wanted to remind viewers of their own experiences and have them empathize with the cast members,” Lee continued. “And we checked each potential cast members’ ideal type in advance and tried to apply that into the final cast as well. We interviewed each cast member every day, and we were surprised ourselves at how much emotional changes there were while shooting.”

The cameramen and production crew hid where cast members could not see them, in order to capture their most raw emotions over the course of three weeks.

“The crew members were unaware of when they were being filmed inside the house [that they lived in during shooting],” Lee said.

The show’s polarizing concept is earning mixed reviews. In online communities, some people commented that it's “fresh” while others likened it to “publicized infidelity.” 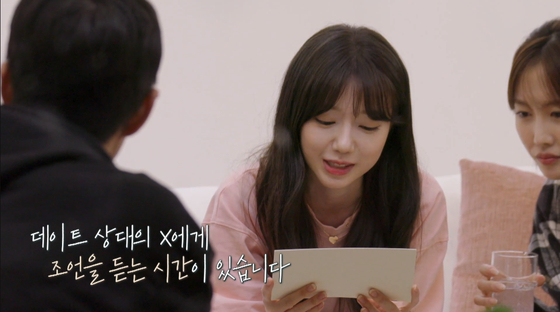 
“Change Days,” which began airing on May 18, has been viewed over 30 million times while clips of “Transit Love” posted on YouTube and Naver TV have over 20 million views. This is a notable achievement as both Tving and KakaoTV shows are paid content.

Pop culture critic Jeong Deok-hyun attributes the shows’ popularity to recent reality show trends. “Although they aren’t as stimulating as reality shows overseas, they’ve done the best they can for a Korean show,” said Jeong. “Still, they have a fairer system than ‘Jjak,’ where cast members were ranked by who was and wasn’t chosen [as a potential love interest]. And [‘Transit Love’ and ‘Change Days’] delicately portray the process of finding new love and make viewers feel like they are watching a romance movie.”

“With more and more people getting divorced nowadays, many people tend to think about life after divorce,” said Kwak Keum-joo, a psychology professor at Seoul National University. “And these programs come in a timely manner, showing people who broke up or are planning to.

“People are spending more time engaged in media due to the pandemic, and people want more stimulating content. Having pretty and handsome non-celebrities on a romance reality show wasn’t enough anymore, so the production crew kicked it up a notch — and this led to favorable reviews.”

[WHY] The burning desire for Korean dating reality shows