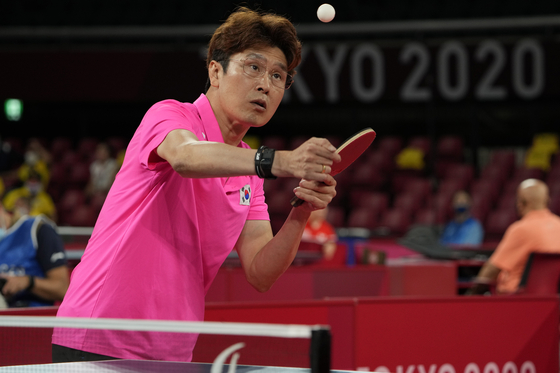 But the real story behind the match is how the Egyptian put up a fight against the No. 6 Korean. In table tennis, class 6 is open to athletes able to stand, but with impairments affecting both their arms and legs that impact their balance and the quality of their strokes. Hamadtou has no arms, and famously plays table tennis with his racket in his mouth, serving the ball by flicking it up with his foot.

“In our village, we could only play, at that time, table tennis and soccer, that's why I played both,” said Hamadtou in an interview with CNN in 2014. “It was logic to play soccer first due to my case; then I played table tennis as a challenge." 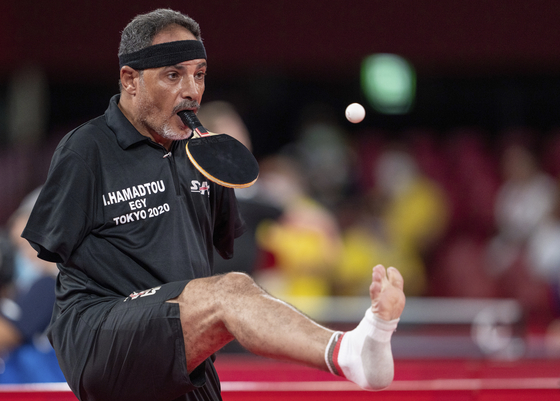 
That challenge was made harder by a strong opponent in Park this time, who started playing table tennis in 2006 after he suffered cervical spine damage that partially paralyzed his upper and lower body from an industrial accident in 2005. Park is a veteran player who won gold in the table tennis singles at the 2014 Asian Para Games. He will next face Chao Chen of China at 11:40 a.m. on Thursday.

Before Park’s match, Cha Soo-yong of Team Korea beat Nobuhiro Minami of Japan 3-2 in the men's class 2 singles. Class 2 athletes play in wheelchairs and have no sitting balance and reduced function in their playing arm.

Cha took the first set 11-9 but conceded the next two to Minami. Cha then mounted a huge comeback, winning the fourth set to push the match to a fifth and final set.

In the last set, Cha’s chance of winning dimmed as Minami led by three-points at 10-7, with just one point to take the match. Cha rallied, scoring five points in a row to clinch his first win of the Tokyo Games. Cha will next face Jan Riapos of Slovakia at 11 a.m. on Thursday.