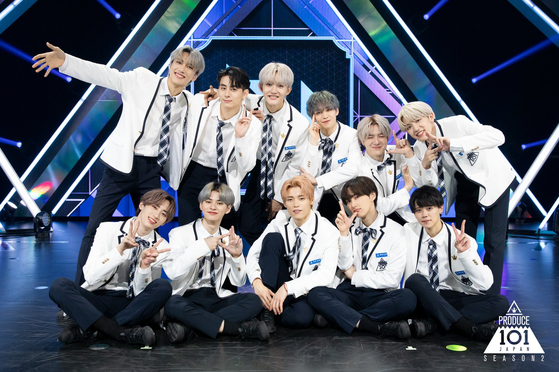 
In June, the second season of the audition show “Produce 101 Japan” aired its final episode, and the season’s eleven finalists formed the boy band INI.

“Produce 101 Japan” is the Japanese version of Korean cable channel Mnet’s hit audition program franchise "Produce,” with its format licensed from the original Korean show. The first season of “Produce 101 Japan” aired in 2019 and through it, the boy band JO1 was formed, which saw success selling 360 thousand copies of its debut single in the first week of its release.

Season two, which started in April with 101 hopefuls and concluded in June, garnered over 337 million views on YouTube and proved to be a hit.

While INI is yet to officially debut with original music, members Masaya Kimura and Shogo Tajima recently had an interview the JoongAng Ilbo, an affiliate of the Korea JoongAng Daily. This was INI’s first interview with a Korean news outlet. 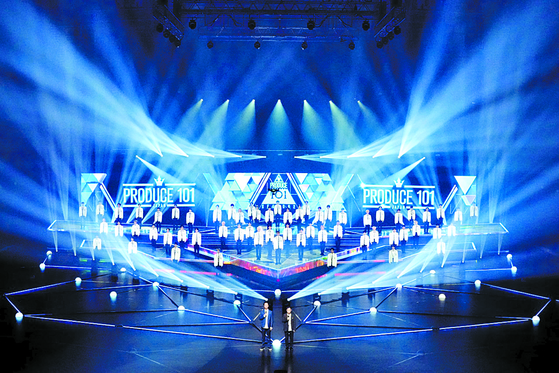 
Even two months after the final episode, Kimura and Tajima were still excited about being part of the final lineup.

“Being with fellow members every day is a new experience, and we have been meeting many people to work on various projects, which made us really feel how our lives have changed,” said the members. “We are grateful that we can be busy every day.” 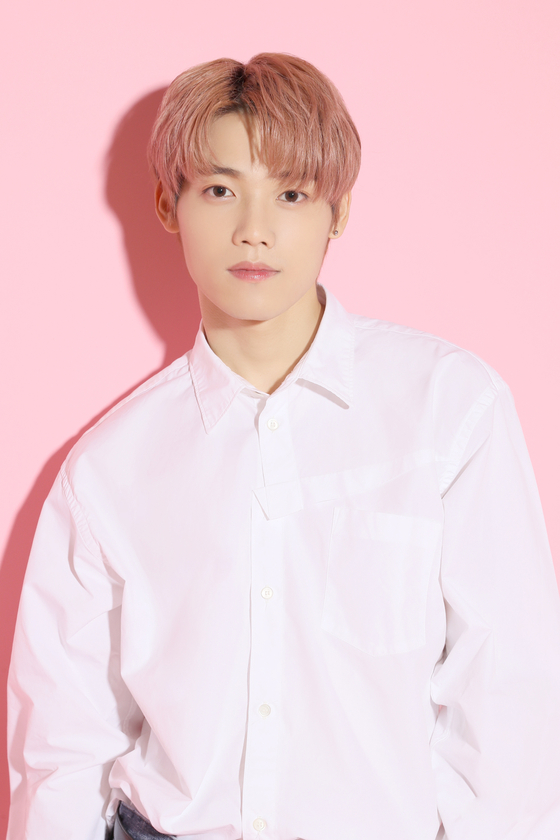 
Kimura, who came in first place on the show, shared how he felt about the original Korean version of the “Produce” series.

“[The Korean seasons of ‘Produce’] show so many high-quality performances by members who have great potential,” said Kimura. “They made me determined to work hard to catch up with the skills of Korean idols.”

“[Korean contestants] put their souls into each performance, which moved me and made me think I have to try harder,” said Tajima, who came in third place.

Becoming a member of INI was especially meaningful for Tajima, who spent two years in Korea as a K-pop trainee.

“A Korean friend of mine appeared on season two of the Korean ‘Produce 101,’ so I was filled with emotions when I got to participate in season two of the Japanese version,” Tajima said. “Even the fact that I’m being interviewed right now feels like a dream.”

Although the political relationship between Korea and Japan is strained, the popularity of Korean culture and K-pop has not waned among Japan’s younger generations. Many Japanese contestants on season two of “Produce 101 Japan” were even able to speak Korean.

At one point, Japanese pop, or J-pop, was the leader of Asia’s pop music industry. K-pop idols who debuted in the 2000s — such as singer BoA, boy band TVXQ and girl group Kara — all stepped into the J-pop scene hoping to achieve success in a bigger market. In its beginning, the K-pop idol industry took inspiration from many aspects of J-pop, but now the tables have turned; the export of Korea’s “Produce” format to Japan being just one example demonstrating this shift. 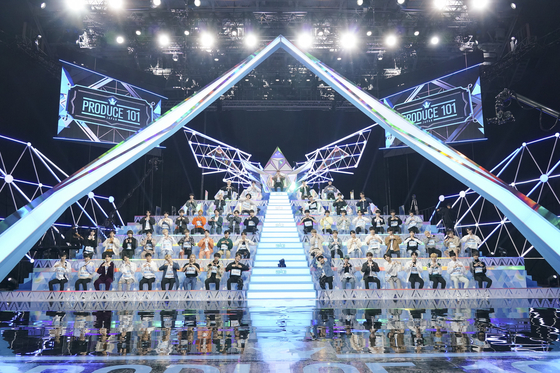 
“Starting with BTS, K-pop artists are seeing worldwide success, and Japanese idols are being strongly influenced by K-pop after witnessing that,” said Shu Kamigaso, head of the Contents Business Division at entertainment company Yoshimoto Kogyo, which took part in the production of “Produce 101 Japan."

Kamigaso believes the reason behind K-pop’s sweeping popularity in Japan is how prepared Korean idols are to entertain fans.

“K-pop groups are already prepared for the Japanese market from their debuts,” he said. “They have plenty of songs and content ready in Japanese, and actively perform live in Japan. K-pop idols’ high quality of dance, rap and vocals that J–pop idols often lack is another factor, but such dedicated preparation to entertain Japanese fans has definitely resulted in the popularity of K-pop in Japan today.”

Kamigaso also offered his insight on the comparisons between J-pop idols and K-pop idols.

“The underlying mentality of Japanese fans is to support the idols through their journey of growth, rather than enjoying the perfected version of them," he said. "Supporting ‘incomplete’ idols and enjoying their growth process itself is like a game for fans who feel like they're ‘raising’ them.

“Another trait is that many Japanese fans harbor romantic feelings toward idols, viewing them as ideal boyfriends or girlfriends. On the other hand, K-pop idols aim to succeed in the international market based on their skills. This difference is now affecting J-pop idols as well, as they are realizing that high-quality performances are a must to succeed on the global scale.” 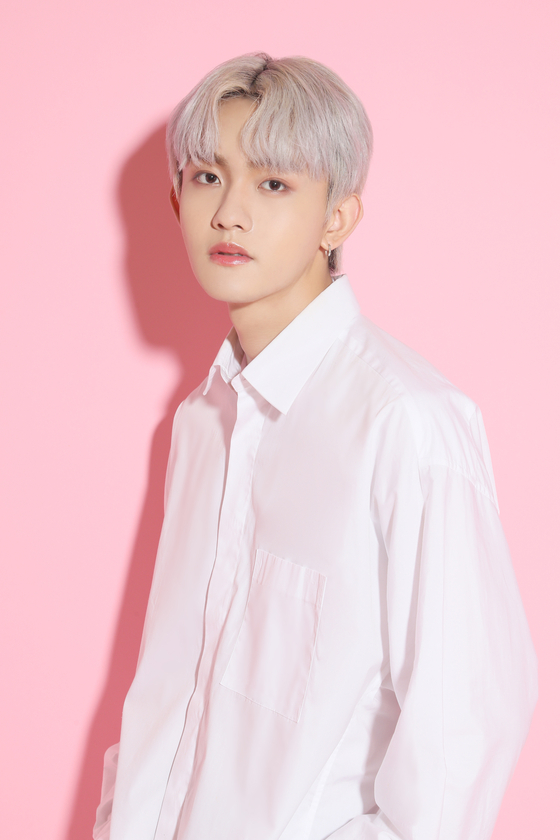 
Kimura added what he realized he had to learn from his favorite K-pop groups.

“The first Korean artist I discovered was boy band 2PM, and I was so shocked after watching its [high-quality] performance,” Kimura said. “I still can’t forget that moment. Nowadays, I like boy band Seventeen. Its songs and choreography are top notch. INI has a large number of members like Seventeen [which has 13 members], so we are trying to learn how each of us can show our own charms from Seventeen.”

At the same time, Kimura and Tajima said J-pop has its strengths too.

“The beauty of J-pop is songs with exquisite and sentimental melodies, rather than the performance standing out,” said Tajima. “However, INI is a new form of idol group that can adopt elements from both J-pop and K-pop, so we will show you new challenges and performances.” 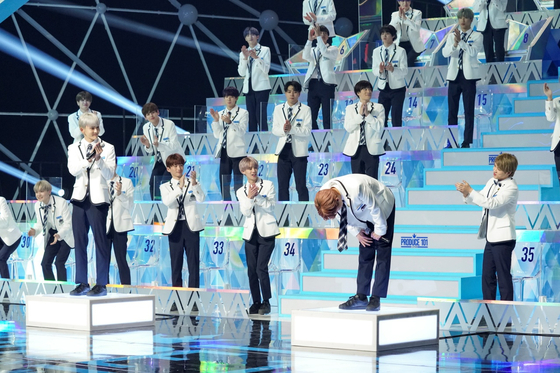 
Kamigaso hoped that there will be more collaborations between K-pop and J-pop in the future.

“The original Korean ‘Produce’ series were already very popular in Japan,” he said. “But we optimized that format to suit the Japanese viewers' sentiments. For example, the Korean seasons feature almost professional-level trainees who have been training under an agency for years. The Japanese version focused more on the growth of the contestants, so that viewers can really empathize.

"As the entertainment industry is becoming more globalized, there can be so many possibilities when partnerships transcend borders. I expect more of these projects to come."