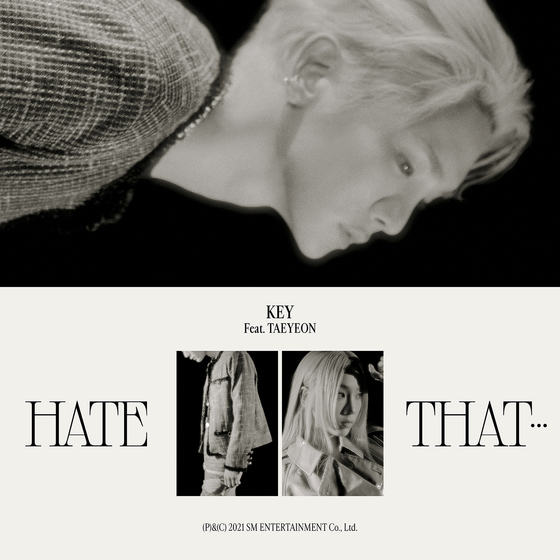 A teaser image was uploaded on SHINee’s social media channels the same day.

The duet is getting fans’ attention as they are well-known for their great chemistry together on tvN’s popular variety show “Amazing Saturday.”

“Hate that...” is set to be released on Monday. Key said on his Instagram on Tuesday that the song is part of his upcoming solo EP.

“Hate that...” is an R&B track with sentimental guitar sounds and a refined sense of rhythm. The song’s lyrics are sung like a monologue after a breakup.