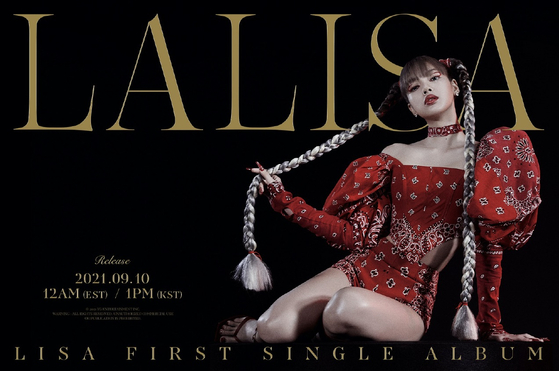 Lalisa is Lisa’s actual name. She is from Thailand and her real name is Lalisa Manobal.

On Monday, the agency released a poster announcing Lisa’s solo debut, heightening fans’ anticipation of when an album will be released.

She is the third member of the four-member Blackpink to make a solo debut after Jennie and Rosé.

Like other members of the girl group, Lisa has been more involved in the fashion industry, being a brand ambassador for Bulgari and Celine.