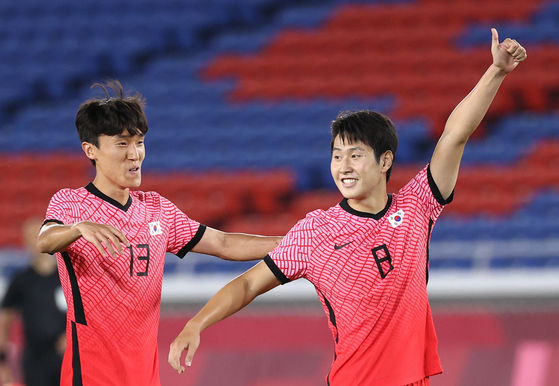 
After a decade in Valencia, Lee Kang-in's career with the Spanish club is coming to an end.

Lee joined the Spanish club in 2011, when he was just 10 years old. He has since spent half of his life working his way up through the club's academy, joining the A team for the first time in October, 2018.

But after a couple of quiet years with the top team, Lee is now likely to be traded before the La Liga transfer window closes on Aug. 31.

Valencia's decision to drop Lee has less to do with his performance at the club and more to do with league rules. Under La Liga rules, clubs are only allowed to have five players that are citizens of countries outside the European Union on their books, and only three on each matchday squad.

Lee has long held one of those non-EU spots, alongside Uruguayan striker Maxi Gomez and Paraguayan defender Omar Alderete. On Wednesday, the club signed Brazilian forward Marcos André, leaving four men competing for the three matchday spots. As Gomez is a regular starter and Alderete is on loan to the club, that leaves Lee as the odd man out.

A move might not be a bad thing for Lee. Having spent his entire career at Valencia, a different perspective could help Lee to continue to develop as a player.

Last season, Lee made 27 appearances for the club, many of them from the bench, but scored only one goal. For the football wunderkind that is supposed to be the next great Korean player, something needs to change to drastically improve those numbers.