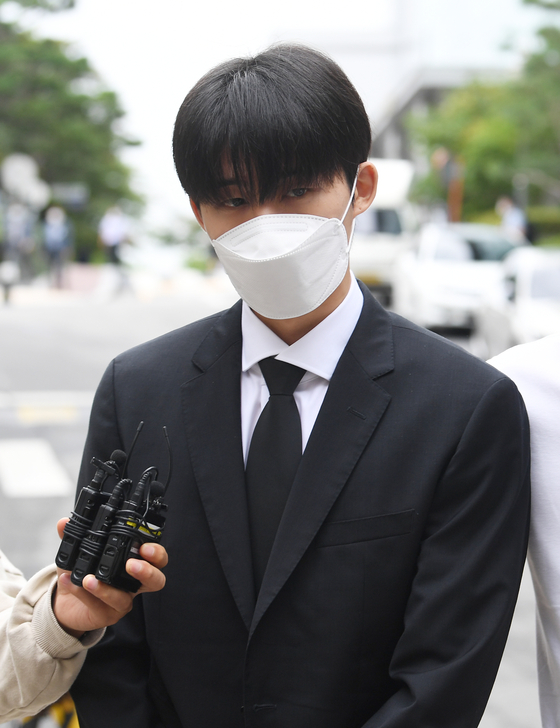 Former iKON member B.I., whose real name is Kim Han-bin, 25, walks into the Seoul Central District Court in southern Seoul, on Friday to attend his trial for illegal drug use. [JOONGANG ILBO]


Prosecutors asked for former iKON member B.I. to be sentenced to three years in prison and fined 1.5 million won ($1,300) for illegal drug use.

The first hearing in the trial of the former K-pop star, whose real name is Kim Han-bin, was held Friday morning at the Seoul Central District Court in Seocho District, southern Seoul.

Kim is charged with smoking marijuana and purchasing and using LSD in 2016. He left iKON in June 2019 following reports of his alleged illegal drug use and his contract with YG Entertainment was terminated.

Kim said in a statement that he “made a very stupid mistake in the past” and that he was “thoughtless and has lost a lot including hurting my mother, father and brother.”

Kim’s father was given an opportunity to speak at the hearing. He asked for forgiveness for his son and said he’s sincerely remorseful.

A verdict and sentencing hearing will be held on Sept. 10.