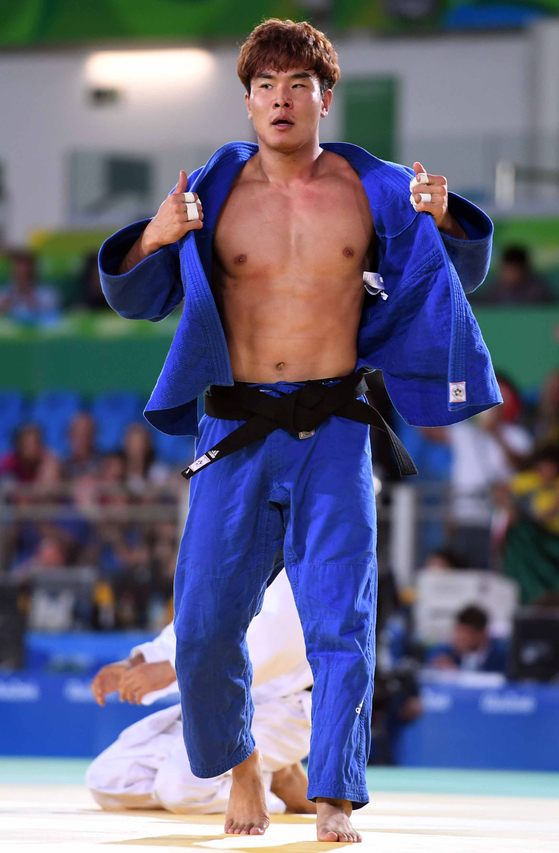 
Korean judoka Lee Jung-min took home bronze in the men's 81 kilograms, beating Dmytro Solovey of the Ukraine in the bronze medal match at Nippon Budokan in Tokyo on Saturday.

Lee won the bout in 3 minutes and 3 seconds with an ippon to take the victory and earn a spot on the podium.

Lee entered the tournament as the gold medal favorite. He is ranked at No. 1 in the world by the International Blind Sports Federation and won silver at the 2016 Rio Paralympics. He beat Nathan Petit of France in the quarterfinals earlier on Saturday, but failed to make it past Huseyn Rahimli of Azerbaijan in the semifinals.

Lee's bronze medal was Korea's first medal outside of table tennis at the 2020 Paralympic Games and was part of a super Saturday medal rush that saw Korea win, as of press time, at least eight medals in one day.

Judo at the Paralympics is exclusively for visually impaired athletes, with three sight classes competing together, divided only by weight category. Lee falls into the B2 class, between total blindness (B1) and low vision (B3).

Because the sport is played by visually impaired athletes, judokas are allowed to receive advice from their coach during a fight, particularly with regard to how much time is left on the clock, and are not punished for leaving the mat in the same way.